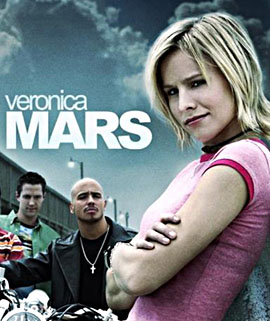 Amanda Marcotte wrote a piece a couple of days ago called “8 Obnoxious Cliches about Men, Women and Sex in Otherwise Good TV Shows.” One of her items is about an episode of the teen sleuth show Veronica Mars in which campus feminists at Hearst college fake a rape in order to provoke a scandal that will damage the fraternity system:

A word to every television writer who thinks it’s clever to write a plot where a woman “cries rape,” is instantly believed, and turns out to be a liar: you’re not clever. That may be the stupidest cliché ever on television. To watch TV, you’d think all rape victims are instantly believed and comforted, and that the vast majority of them are lying. In reality, the percentage of rape reports that are false is 2-8 percent, in line with false reports of other crimes.

I don’t watch enough TV to have any idea about this, but it got me curious, especially considering the vast number of crime shows on the tube. So tell me, commenters, is this true? Are rape victims on TV routinely depicted as liars who, for one reason or another, have made a fake accusation? How common is this trope? Inquiring minds want to know.