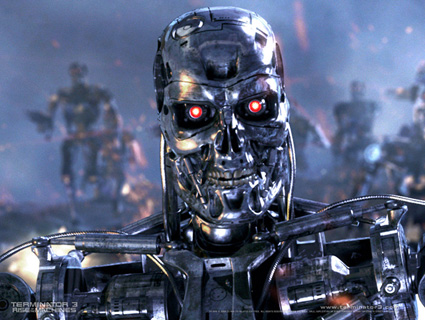 I haven’t read Erik Brynjolfsson and Andrew McAfee’s Race Against the Machine yet, but Matt Yglesias has and he says that one of their analogies has changed the way he thinks about technological progress. Basically, if something improves x% per year, then the level of change looks small at first but explodes later, even though the actual rate of change has stayed the same the entire time:

The point of this, in terms of technological progress, is that we’ve gotten so accustomed to Moore’s Law that we sometimes overlook the implication that the deeper we get into the chessboard, the bigger the changes. We all know that computers advanced a lot between 1991 and 2011, but we should expect the scale of change over the next 20 years to dwarf those changes. This is a straightforward application of a well-known principle and some pretty basic math, but it’s usually not discussed in quite the right way. We think we’re used to the idea of rapid improvements in information technology, but we’re actually standing on the precipice of changes that are much larger in scale than what we’ve seen thus far.

This gives me an excuse to make the exact same point in a different way, specifically about the possibility of creating a computer with human-level intelligence. Suppose that in 1950 the fastest computer on the planet had about a trillionth the computing power of a human brain, and suppose also that computing power increases 1000x every 20 years. Here’s what things would look like:

Here’s the point: technological progress has been exactly the same for the entire 80-year period. But in the early years, although the relative progress was high, the absolute progress was minute. Moving from a billionth to a trillionth is invisible on a human scale. So computers progressed from ballistics to accounting to word processing to speech recognition, and sure, it was all impressive, but at no point did it seem like we were actually making any serious progress toward true AI. And yet, we were.

Assuming that Moore’s Law doesn’t break down, this is how AI is going to happen. At some point, we’re going to go from 10% of a human brain to 100% of a human brain, and it’s going to seem like it came from nowhere. But it didn’t. It will have taken 80 years, but only the final few years will really be visible. As inventions go, video games and iPhones may not seem as important as radios and air conditioners, but don’t be fooled. As milestones, they’re more important. Never make the mistake of thinking that just because the growing intelligence of computers has been largely invisible up to now that it hasn’t happened. It has.