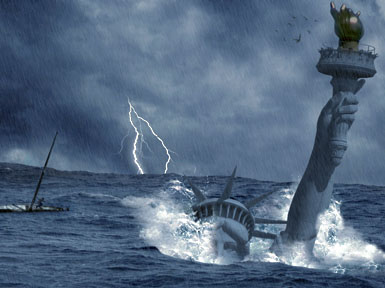 Bloomberg takes yet another crack at the idea that the Obama administration has unleashed a tsunami of regulations that are crippling the American economy:

Obama’s White House approved 613 federal rules during the first 33 months of his term, 4.7 percent fewer than the 643 cleared by President George W. Bush’s administration in the same time frame, according to an Office of Management and Budget statistical database reviewed by Bloomberg.

….The average annual cost of regulations under Obama [is] about $7 billion to $11 billion, compared with the $6.9 billion average from 1981 through 2008 in current dollars, according to the OMB data….Those numbers […] encompass the expense of new regulations, and do not take into account the economic benefits of healthier children, safer roads or fewer industrial accidents.

….“This is a perennial problem,” said [Sally] Katzen, a senior adviser at the Podesta Group in Washington, said in an interview. “When the Democrats are in the White House, the Republicans complain that there are too many costly, burdensome regulations inundating them.”

I’m not sure how many ways it’s possible to debunk a single meme, but in this case it’s a helluva lot. It turns out that (a) Obama has issued fewer regulations than Bush, (b) adjusted for inflation, they cost about the same as the average over the past 30 years, (c) this doesn’t take into account the benefits of any of his regs anyway, and (d) only about 0.3% of mass layoffs during the Great Recession were related to new regulatory issues.

UPDATE: I misread the Bloomberg piece and adjusted for inflation incorrectly. The Obama regs cost slightly more than the 1981-2008 average, not less. The text has been corrected.