Middle-class income stagnation began in the United States in 1973. Before then incomes grew 2-3% a year, but since then have grown only about 1% a year. John Quiggin makes a simple point 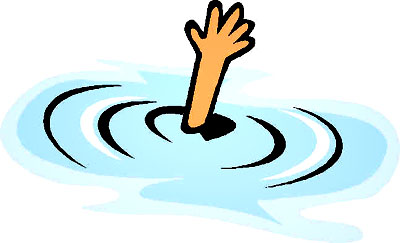 about why workers don’t necessarily feel this for a while:

Standards of living are determined mainly by lifetime incomes, not by income in any particular year. Given the pattern described above, lifetime income for someone who worked, say, from 1940 to 1985 was well below that for someone in a similar class position who started work in 1970, just when the long increase in real wages was slowing for most and stopping for some. For every year of their working life, the 1970 starter gets a wage (adjusted for age, education and so on) that’s as high as the maximum attained by the 1940 starter after 30 years of steady growth. Unsurprisingly, that translates into a bigger house, and more of most items that require savings, whether or not their price has risen relative to the CPI.

To make this more concrete, suppose that Bob earns $10 during the first year of his working life, and forty years later, adjusted for inflation, he earns $20. Bob’s average wage over his lifetime was $15, for a total lifetime income of $600.

Now suppose that Alice begins her career at the end of that period, and further suppose that income growth has flattened completely. Alice earns $20 her first year and $20 her last year, for a total lifetime income of $800. So even with a stagnant income, she’s still better off than her parents, which is probably one of her main points of reference.

But now even that’s coming to an end. Someone who’s entered the workforce in the last decade or so not only has a stagnant income in real terms, but also a stagnant income compared to her parents. That’s a double whammy, and really brings home the reality that things are tight and are going to stay tight. One conclusion you might draw from this is that if you thought the previous generation was resistant to higher taxes, you ain’t seen nothin’ yet. When incomes are growing smartly, higher taxes are pretty bearable. When they start to stagnate, they become more onerous. And when they stagnate completely, they become completely intolerable. I hardly need to spell out the long-term problem this poses.