Policy fights are one thing, but Republican strategists have long understood that there’s a deeper level to politics, one where the goal isn’t merely to fight the opposition’s agenda but to actively subvert the infrastructure and funding that allow the opposing party to exist at all. There are several ways Republicans do this. They try to defund the Democratic Party by undermining the interest groups that support it — for example, by passing anti-labor laws that weaken unions or tort reform laws that cripple defense lawyers. They work to change the rules to deprive Democrats of votes — for example, via voter ID laws or 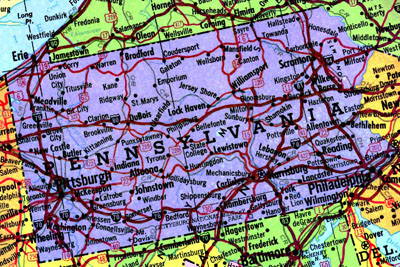 crack-and-pack redistricting schemes. And they ferret out political norms that everyone has always followed and then break them to their advantage — for example, with mid-decade redistricting or by institutionalizing the filibuster.

It’s all pretty ruthless. So what’s next? Well, most states allocate electoral votes on a winner-take-all basis. Barack Obama won Pennsylvania in 2008, and that victory gave him 21 electoral votes. The odds are good he can do it again in 2012. So the GOP’s latest masterstroke is to do away with winner-take-all in the Keystone State. Nick Baumann explains:

Under the Republican plan—which has been endorsed by top Republicans in both houses of the state’s legislature, as well as the governor, Tom Corbett—Pennsylvania would change from this system to one where each congressional district gets its own electoral vote….Under the Republican plan, if the GOP presidential nominee carries the GOP-leaning districts but Obama carries the state, the GOP nominee would get 12 electoral votes out of Pennsylvania, but Obama would only get eight—six for winning the blue districts, and two (representing the state’s two senators) for carrying the state. This would have an effect equivalent to flipping a small winner-take-all state—say, Nevada, which has six electoral votes—from blue to red. And Republicans wouldn’t even have to do any extra campaigning or spend any extra advertising dollars to do it.

And it’s not just Pennsylvania:

It doesn’t necessarily end there. After their epic sweep of state legislative and gubernatorial races in 2010, Republicans also have total political control of Michigan, Ohio, and Wisconsin, three other big states that traditionally go Democratic and went for Obama in 2012. Implementing a Pennsylvania-style system in those three places—in Ohio, for example, Democrats anticipate controlling just 4 or 5 of the state’s 16 congressional districts—could offset Obama wins in states where he has expanded the electoral map, like Virginia, North Carolina, Colorado, or New Mexico. “If all these rust belt folks get together and make this happen that could be really dramatic,” says Carolyn Fiddler, a spokeswoman for the Democratic Legislative Campaign Committee, which coordinates state political races for the Dems.

Needless to say, there’s no legitimate reason for this. “Pennsylvania Ponders Bold Democrat-Screwing Electoral Plan,” reads Dave Weigel’s Onion-esque headline, and that about sums it up. It’s just a cynical ploy to change the electoral map to arbitrarily favor the Republican Party. If Pennsylvania looked likely to swing Republican, they’d change the rule back without blinking.

But here’s what really so disheartening about the whole thing. As recently as a couple of decades ago this would have been a bridge too far for most of the party’s mandarins: conservative pundits and senior GOP officials would have sounded off against it because it was just too raw a deal even for flinty political pros. But now we live in the era of Lee Atwater and Karl Rove and Tom DeLay and Fox News. There’s really no one left who might object to this merely out of a decent respect for institutional integrity and fairmindedness.

At least, that’s my guess. Maybe I’m wrong. But I’ll be surprised if more than a tiny handful of Republican leaders or conservative pundits speak out against this plan. After all, when Republicans gave this same thing a try in California a few years ago, Fox News eagerly tipped it as a “reform” effort while a National Review writer nonchalantly brushed it off as just another day in the salt mines. “Politics ain’t beanbag,” said Matthew Franck smugly. Nor did anyone blink earlier this year when Nebraska considered moving in the opposite direction because it’s a Republican state and, in its case, winner-take-all would benefit the GOP next year. No one seriously bothered to condemn either of these efforts, and if Pennyslvania moves forward with theirs, I doubt anyone will bother this time either.