Two weeks ago, Neil Cavuto and John Stossel had an exchange on Fox Business Channel that was startling at the time, but seems even more relevant now….Cavuto, Fox News’ vice president of business news, told viewers, “I would welcome a downgrade. I really would. I think it would be the 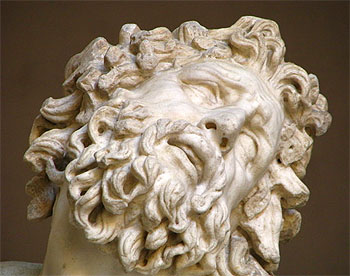 pain from which we have a gain.” Stossel added, “Maybe that would wake people up.”

They didn’t really elaborate why they would “welcome” the “pain,” or what Americans were supposed to realize after having been awoken.

Well, I’m here to help. I learned two things during my morning ten minutes of Fox News today. First, Megyn Kelly is back. With new hair! Hoorah! Second, Jon Scott interviewed a psychologist “licensed in both Kansas and Missouri” — one whose name I’ve thankfully already forgotten. He was on the show to explain how growing government debt is related to our growing national obesity epidemic, and at first I figured there must be some dumb new study making this connection. But no. This was pure pop psychology: when times get “too good,” people overindulge. Likewise, governments overindulge. They lose the discipline that makes both people and governments great. And then —

And then, even though I hadn’t finished my morning stretches, I turned off the TV. This guy was just unwatchably lame. But his message was obviously one that both Scott and (presumably) his audience ate up: we have sinned, we have lived too high on the hog, and now we have to pay the price. Hopefully this will make us all into better people.

That’s why they welcome the pain. We have sinned and we deserve it. Austerity will make the pain worse, but that’s all for the best too. Because we deserve it. Oh, and maybe it will also help get that socialist Obama out of office. Boo-yah.