My position on the proposed merger between AT&T and T-Mobile (which the Justice Department has decided to fight) is aggressively wishy-washy. On the one hand, maybe the mobile phone market is sort of a natural duopoly given the huge capital costs of building out a good nationwide network. 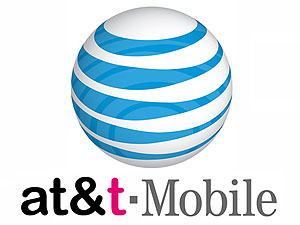 One thing which fascinates me is the way in which neither the complaint nor the press release makes any mention of the fact that the proposed deal would give the merged company substantially all of the market in GSM cellphones — the only ones which work in most of the rest of the world. Americans who travel internationally pretty much have to get their cellphone service from one of these two providers — and they’re highly sensitive to exorbitant international roaming fees. Which would almost certainly go up in the event of this merger.

Now, you could argue that this is actually a pretty small segment of the market. Maybe Felix cares about it, but the number of Americans who travel abroad frequently and need a universal phone isn’t that large. So it’s not something the Justice Department should be worrying about.

Still, it’s an interesting observation — though I’d note that dual-mode phones are available from Verizon and others who use CDMA networks in the U.S., and current international roaming fees are so outrageously high from all U.S. carriers that it’s hard to imagine them going up much more with or without a merger. But maybe that just shows a lack of imagination on my part. Those of you who travel overseas frequently and know more about this should feel free to school me in comments.