The New York Times is reporting that the prosecution’s rape case against Dominique Strauss-Kahn is “on the verge of collapse” because the hotel housekeeper at the center of the case has lied repeatedly and now has some very serious credibility problems. Serious 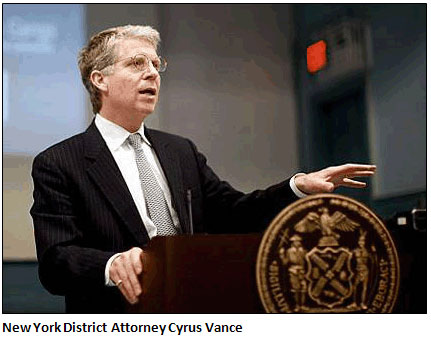 enough that, if true, this would not be a case of DSK getting off on some kind of technicality. He’d be getting off because it’s at least plausible that the housekeeper made up her entire story. Jeralyn Merritt asks:

It sounds like this case will be dismissed. Cyrus Vance will have much deserved egg all over his face. (I’m glad I supported his opponent.) The DA’s sex crime unit was apparently in such a hurry to detain DSK they did no homework and took the accuser at her word. All they had to do was conduct a proper investigation, and if her account panned out, get a sealed indictment and arrest him the next time he came to NY. DSK would have been none the wiser. Instead they staged a perp walk, and DSK became the biggest pariah and media sensation since Bernie Madoff. The buck stops with Vance.

….How does DSK get his reputation back? You may not think he deserves it, after all the post-arrest media stories about his womanizing. But he had one until his arrest, and those stories would never have been published but for the arrest. Not only did he lose his IMF job, but his chances of running for President of France were obliterated. All because of an accusation, that according to the New York Times, the prosecution is now willing to dismiss. The DA’s office isn’t Emily Littela, they shouldn’t just get to say, “Never mind.” There should be serious consequences for this kind of recklessness.

As with the original charges, I’ll wait to see how this pans out. But if everything the NYT reports is true, Vance and his prosecutors do indeed have some explaining to do.