The latest National Assessment of Educational Progress results in geography were released today. So how did the youth of America do? You know the drill:

Roger that. But with the pro forma wailing out of the way, how did our kids really do? Answer: Fourth-graders did better than in the past and 8th- and 12th-graders did about the same. But I gotta tell you: I went through the five sample questions for 12th-graders, and 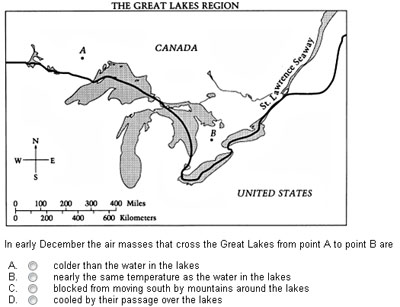 they were pretty damn hard. This was not “identify France on a map” stuff. I ended up getting them all right, but I was half guessing on some of them.

After I went through the samples, I checked out a wider variety of questions from the latest test, and they want you to identify continents by cross section, explain why Amazon deforestation is bad, understand how the Great Lakes were formed, pick out the probable result of poor irrigation practices, explain why Libya and Australia have a population density of six people per square mile, and then my favorite of all: “You are forming a United Nations committee to study the world crisis of desertification and what to do about it. List four different professions from which you will select your experts. Explain why you selected those specific professions and what each expert will be expected to contribute.”

(Plus my favorite question from the 4th-grade test: “Identify two ways that helicopters are able to help people in a city.” What exactly does this have to do with geography?)

You know what? I’m a pretty smart guy, and I read a lot and I keep up with things better than most people, but this was tough stuff. What’s more, I can say with high confidence that I would have been clueless about at least half these topics when I was in high school. For one thing, I never took a geography course in high school. I took math, physics, German, history, English, and one elective. How could I have taken geography even if I’d wanted to? And of those other classes, only history even came close to teaching any of this stuff.

So I’m not really sure what to make of all this. People will read the headlines about these scores and think that kids can’t read a map. And maybe they can’t. But that’s not what’s being tested. They’re asking some pretty sophisticated questions for a bunch of 17-year-olds, and frankly, I’m sort of surprised they do as well as they do.