Inspired by the Guardian’s list of the 100 best nonfiction books of all time, the New York Times asked a bunch of its staff writers to pick their five favorites. There was a four-way tie for first place, 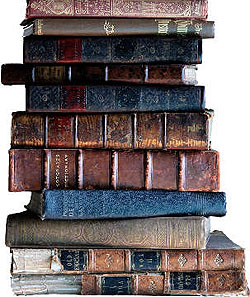 and the reason for the tie is more interesting than the names of the books themselves:

Of the 33 lists submitted, each of those books appeared three times. (Yes, I know that is a completely unscientific basis for deeming them our picks as the best of all time, but what did I say about rigor?)

That’s sort of remarkable. Out of 33 lists, not a single book was mentioned by more than three people. And unless I missed something, only four books out of a total of 167 (two staffers imperiously listed six books instead of five) were written before the 20th century. What’s interesting is that this is such a dramatic demonstration of how atomized we are these days: we all read wildly different things, and even within a group of fairly similar people there’s not a whole lot of crossover. Not only are there no classics that we’ve all read and treasured, but even among modern books there’s precious little that we all have in common.

But this is a hard exercise. I’ll make it easier by listing my ten favorite nonfiction books, but honestly, if you asked me again next week it would probably be a different list. (With the exception of #1, which would show up every time.) That said, here’s this week’s list:

So many books left out! Even though I did the more traditional list of ten. Sigh.