Pretty remarkable Fox News segment a few minutes ago between Martha MacCallum and Monica Crowley. In a piece about Fox’s latest 24/7 obsession they announced that 20% of all healthcare waivers had gone to Nancy Pelosi’s district! 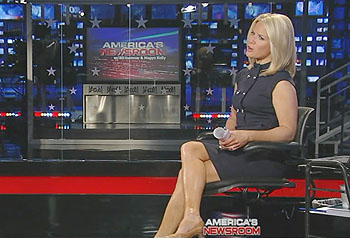 And they were all going to high-end steakhouses! They’re exempt from the healthcare reform law even though Pelosi was one of its biggest supporters! And this was all obviously due to political pressure from Pelosi’s office!

OK, not so remarkable, I guess. But for the record: it was 20% in the month of April only, mainly because a benefits servicing company that does a lot of work in California submitted a whole bunch of waiver applications at once. And it’s not because San Francisco steakhouses are freeloading, it’s just the opposite: it’s because a San Francisco ordinance requires companies to provide healthcare, which means more of them need waivers for their plans than in most places. And they’re not exempt from healthcare reform, they’re just getting a waiver through 2013, something that was anticipated by the law. (The idea was that inadequate coverage would be taken care of when the law fully kicks in in 2014, but until then even inadequate coverage is better than nothing.) And none of this came within miles of Pelosi’s office. It’s all just wending its way through the ordinary federal bureaucracy.

All of this is common knowledge because Suzy Khimm has reported it here and here. But the Fox reporting team didn’t even acknowledge this aside from a brief, pro forma comment from MacCallum that there were a few people who denied anything was amiss. Crowley just snorted at the idea and the segment wrapped up.

Anyway, not remarkable. Just the usual Fox News light touch. But if you’re interested in what’s really going on, just click the links above.