So it looks like a government shutdown is now all but inevitable. But why?

Mr. Reid said that Republicans had “drawn a line in the sand” on issues of abortion financing and changes to the Clean Air Act, and that those issues could not be resolved in the hours left before a government shutdown. “The numbers are basically there,” Mr. Reid said on the floor of the Senate. “But I am 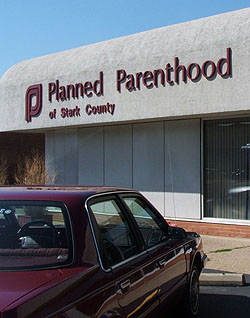 not nearly as optimistic, and that’s an understatement, as I was 11 hours ago. The only thing holding up an agreement is ideology.”

….“There is no agreement on a number,” Mr. Boehner told reporters. “I think we were closer to a number last night than we are this morning. We’re going to have real spending cuts. I don’t know what some people don’t understand about this.”

There might still be some disagreement over a compromise budget cut number (Reid only said negotiators were “basically” there, which doesn’t mean they’re actually there), but I notice that Boehner rather loudly didn’t deny that culture war riders to the budget bill are still the big sticking point. The true believers in the GOP might prefer bigger cuts than the Democrats, but their actions suggest that it’s the side issues that really have them lathered up. They’d rather shut down the government than allow Planned Parenthood to keep giving out condoms and birth control pills.