I’ve already defended former NPR fundraiser Ron Schiller’s right to tell a prospective donor that he thinks tea partiers are motivated by racism and xenophobia. Schiller isn’t a reporter and, right or wrong, his view is a fairly widely held one. There’s nothing beyond the pale about expressing it.

If you watch the entire conversation, it becomes crystal clear that O’Keefe’s provocateurs didn’t get what they were looking for. They were ostensibly offering $5 million to NPR. Their goal is clearly to get Schiller and his colleague Betsy Liley to agree to slant coverage for cash. Again and again, they refuse, saying that NPR just wants to report the facts and be a nonpartisan voice of reason. Schiller pointedly informs the fake donors that NPR broke with some 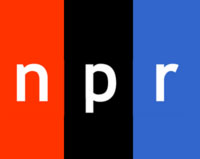 very generous Jewish benefactors who had supported NPR for over a decade because they tried to tell NPR that it “couldn’t have so much Palestinian coverage.”

In light of the Blaze post, James Poniewozik of TIME’s “Tuned In” blog admits that he reposted O’Keefe’s video without watching the entire two-hour exchange and suggests that many other reporters did the same. Poniewozik speculates that O’Keefe posted the extended video because he was confident that “by the time anyone took the time to go over the full video, the narrative would be established, the quotes stuck in people’s minds and the ideological battle won.”

Of course that’s what O’Keefe does. Talking heads on TV do this routinely, spouting obvious falsehoods because they know that 5 million people will hear them say it and only 50,000 will ever see the correction (if any). This is so common that it’s practically taken for granted these days.

Still, O’Keefe is in a class by himself on this score. As Lindsay, says, “At this point, any news outlet that runs an uncorroborated James O’Keefe video is committing journalistic malpractice.” Yep.