One theory of the great financial crash of 2008 holds that it was partly caused by a “savings glut” in countries like China. Those savings found their way to the United States via the trade surplus China runs with us, and that in turn provided a huge pool of cheap, easy capital which fed the housing bubble. Allison Schrager reports today on the views of Columbia professor Shang-Jin Wei, who suggests he knows what’s causing that high Chinese savings rate: 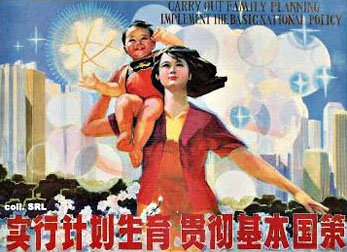 Chinese men will probably never marry and the situation is expected to get worse as time goes on.

….The lack of a social safety net is often blamed for the high Chinese saving rate. Without welfare and government pensions the Chinese must save to self-insure themselves. But Mr Wei pointed out that even as the government has extended more social welfare programmes, the saving rate has continued to rise. He believes the uneven sex ratio can explain half of the increase in private saving between 1990 and 2005. He explained that the marriage market is becoming very competitive with so few girls. Chinese parents want to accumulate as much wealth as possible to ensure that their son can attract a wife. It is also important to provide sons with the best education possible. A competitive marriage market means that members of the disadvantaged gender must raise their game, which in China means greater wealth and education.

I find this surprisingly plausible. That doesn’t mean it’s true, it just means that I’m a sucker for demographic explanations of almost anything. But there’s a good reason for that: demographics are really important, and although it’s not fair to say they’re ignored, I don’t think they get nearly the attention they deserve. Partly, I suspect, this is because there’s not much you can do about demographics, and people resist the idea that there are gigantic forces in the world that drive our destiny but which we don’t have a lot of control over.

But there are, and we don’t. Still, if you want to feel better about things, keep in mind that raw demographics are one good reason not to worry as much about China as we often do, and it’s a great reason not to worry about Russia at all. Conversely, America is pretty well off, demographically speaking. And the bad news? I’ll spare you that for now.