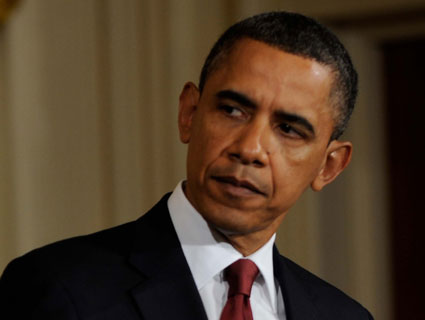 Here’s the latest on gun legislation in the aftermath of the Tucson shooting:

Administration officials have concluded that Obama would probably lose any legislative fight against the National Rifle Association. So, they are taking a different approach: Inviting the NRA to sit down for a chat. Administration officials said Monday that the Justice Department will ask NRA officials to participate in closed-door meetings in the coming weeks to explore a path forward.

But the NRA turned him down flat:

“Why should I or the N.R.A. go sit down with a group of people that have spent a lifetime trying to destroy the Second Amendment in the United States?” said Wayne LaPierre, the longtime chief executive of the National Rifle Association.

I don’t want to make too much of this. LaPierre is about as hardcore as interest group leaders get, and his attitude is perhaps not a surprise.

Still, in the past there’s always been a bipartisan assumption that the president is the president, and if he invites you to a meeting, you go. That’s broken down recently, and I attribute it to two things: Obama’s appearance at the Republican retreat last January, followed by his healthcare summit a month later. When Obama offered to speak at the retreat, Republicans let him do it. He’s the president, after all. And when Obama initially proposed the healthcare summit, even uber-obstructionist Bill Kristol echoed the old school sentiment: “Obviously when the president invites you to the White House, you go.” 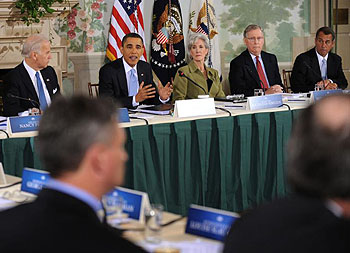 But no longer. Now conservatives do their best to delay meetings at the White House, or they just outright refuse, as LaPierre did. Why? I think it’s partly because Obama scored such obvious public opinion wins at both the retreat and the summit. He’s mastered the art of controlling the conversation and sounding like a voice of reason in settings like this, and conservatives — especially tea party conservatives — don’t trust themselves any longer to come out ahead when they’re negotiating with him. They now consider even closed-door meetings at the White House to be traps, and they are, to put it bluntly, afraid of Obama. I’m not quite sure whether that’s good news or bad.