Christopher Caldwell has a cover essay in the current issue of the Weekly Standard about the economic havoc being wreaked in Europe thanks to the straitjacket that the euro has put them in. It’s an interesting read, though I don’t agree with everything he says. 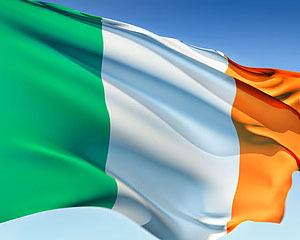 But I’m curious about this sentence, from a review of the piece by Kenneth Anderson:

Toward the end, the essay points out that although Greece is every bit as corrupt and profligate as the newspapers suggest, that was not the case with [] Ireland, certainly not in the sense of Greece.

This is a common attitude, but I’m not sure any of us should buy it. Granted, Greek corruption is depressingly crude, conspicuous, and grasping, sort of like being mugged in a dark alley or shaken down by a wise guy. By contrast, Irish corruption, much like its U.S. counterpart, is rather more genteel, discreet, and white collar than the Greek variety. For this reason, it’s usually treated as mere “cronyism” — regrettable, perhaps, but not truly corrupt “in the sense of Greece.”

On the other hand, the U.S./Irish version is actually far more efficient at separating the yokels from their money. In any meaningful sense, then, shouldn’t it be considered more corrupt? The fact that the theft is mostly legal and barely even noticeable may make it more respectable, but it hardly makes it more honorable.