If I were designing a welfare system from scratch, it would completely dispense with vouchers and stamps, and basically be a system of direct cash transfers to the poor and working-class, in the form of a negative income tax or some other method. As far as I can tell, food stamps, tax credits and unemployment insurance aren’t 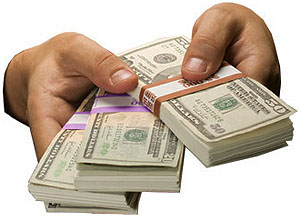 efficient as much as they are ways to compensate for our country’s long-standing ethnic and racial suspicion. In other words, restricting government assistance to a category is a way of keeping “those people” from spending your money on needless luxuries.

I haven’t given the structure of welfare payments any serious thought, so don’t take this as some kind of Olympian pronouncement. But if we did this, how big do you think those direct cash transfers would be? Bigger than EITC + Section 8 + food stamps + TANF + Medicaid? It’s not a perfect comparison since not everyone with a low income qualifies for all those programs, but it’s still a comparison worth thinking about. I don’t think there’s any question that social welfare programs are usually set up to ensure that public money isn’t spent on things that the public doesn’t want its money spent on, but (a) that’s probably inevitable and (b) the poor might end up better off with a laundry list of in-kind programs than with a straight check every month. The generosity of the American taxpayer is not exactly legendary, after all.

Anyway, I’m not saying I disagree here. There are probably advantages to flat cash payments. But it’s questionable whether this would end up being a boon for the poor.