According to the New York Times, embassy cables from Afghanistan describe it as a “looking-glass land where bribery, extortion and embezzlement are the norm 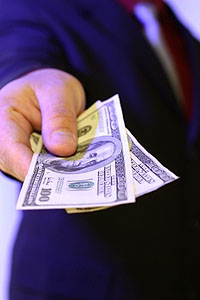 and the honest man is a distinct outlier.” But hey — at least there are occasional victories. Remember the mayor of Kabul, who got tossed in jail for stealing government funds a while ago?

In a seeming victory against corruption, Abdul Ahad Sahibi, the mayor of Kabul, received a four-year prison sentence last year for “massive embezzlement.” But a cable from the embassy told a very different story: Mr. Sahibi was a victim of “kangaroo court justice,” it said, in what appeared to be retribution for his attempt to halt a corrupt land-distribution scheme.

….The case of the Kabul mayor, Mr. Sahibi, shows how complicated it can be to sort out corruption charges. A Jan. 7 cable […] said the charges against him were based on a decision to lease a piece of city property to shopkeepers. Three months after the lease was signed, another bidder offered $16,000 more. The “loss” of the potential additional revenue became the “massive embezzlement” described by prosecutors, the cable said.

….As for the motive behind his prosecution, Mr. Sahibi said that in less than two years as mayor “he had found files for approximately 32,000 applicants who paid for nonexistent plots of land in Kabul city.” He said he halted the land program and “invalidated the illegal claims of some important people,” who took their revenge through the bogus criminal case. The embassy cable largely supported Mr. Sahibi’s version of events, saying that the mayor’s “official decision may have antagonized powerful people who then sought the power of the state to discredit him.”

And remember: your tax dollars and the lives of your fellow citizens are going to defend all this. Gives you a warm glow all over, doesn’t it?