The LA Times reports on this year’s big coming out party on Wall Street:

General Motors Co. is set to reemerge as a public company this week in one of the year’s hottest initial public stock offerings, but many American taxpayers who helped rescue the company won’t be going along for the ride.

That’s because most Americans won’t have access to the new shares of the Detroit automaker….Some experts said an opportunity to reward average Americans is being wasted, even though the Treasury Department said two months ago that individuals would have “ample opportunity” to participate in the IPO. “Wall 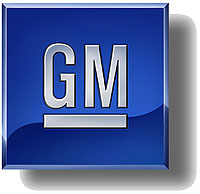 Street thumbed its nose at” individual investors, said David Menlow, president of research firm Ipofinancial.com. “We continue to help Wall Street out, and Wall Street seldom feels the need to say thank you.”

I guess being a zillionaire investment banker means never having to say you’re sorry.

Generally speaking, of course, this is no surprise. Retail investors almost never get a piece of the action in hot IPO deals. That’s reserved for other bankers, rich clients, and friends and family. U.S. taxpayers might properly consider themselves “family” in this case, but Wall Street very decidedly doesn’t.

Personally, I probably wouldn’t recommend that retail investors get involved in a deal like this. But who cares what I recommend? The Obama administration should show a bit more common sense here. Taxpayers paid for the GM bailout, and if taxpayers want to gamble a bit of their pin money on GM’s recovery then they probably ought to have first crack at it, not the Wall Street titans for whom this is just another few blips on their computer screen. Obama has been almost obsessive about demonstrating that the government isn’t controlling the companies it bailed out, but for this he should have made an exception. The little guys should have come first.