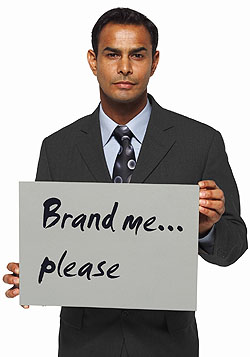 Back in the early ’70s, the fathers of the modern right wing distilled down to its essence what it means to be their kind of American.

….Progressives, on the other hand, have never tried to brand themselves in any kind of organized, coherent way−which is why even progressive leaders are often caught flat-footed when asked about the core values our movement stands for. There’s no self-defined narrative through-line that carries us from one election to the next….And this failure has several important consequences that put both our candidates and our whole movement at a decided disadvantage.

I didn’t have any good answer for this five years ago and I still don’t today. But I think it’s worth pushing back on one of the premises here. The problem isn’t that conservatives branded themselves four decades ago, it’s that conservatism, by its nature, has always had roughly the same branding. Conservatism is fundamentally about conserving the prevailing social and economic order, and that means strong support for family and country and a strong defense of the existing power structure. The details change a bit from era to era and country to country, but it inevitably produces something like a defense of traditional families, appeals to nationalism, and economic and political policies that benefit the current haves against the have-nots.

As with any strong brand, there are both benefits and drawbacks to this. The benefit is obvious: people know what you stand for. The drawback is obvious too: it’s hard to change your message when you need to. You see this all the time when companies famous for low prices try to enter the luxury end of the market and vice versa. It’s a tough transition, and conservatives suffer from it from time to time too.

Liberals have the opposite problem: liberalism just isn’t, by its nature, an ideology that means the same thing all the time. In the 18th century liberals supported capitalism and free trade. By the 20th century liberals mostly wanted to regulate them both. A century ago plenty of progressives were dazzled by the potential of eugenics. By the 1980s liberals would dump a pitcher of water on your head for so much as suggesting that IQ had any biological component at all.

So our brand is never going to be as strong as theirs. Sure, egalitarianism will always be at its core, but that expresses itself in different ways in different times. It’s opposition to slavery in one era, support for women’s suffrage in another, and a push for national healthcare sometime after that. These may all spring from a roughly similar impulse, but their political manifestation is so different that it’s hard for most people to see that.

So today’s liberals want to fight global warming, something we didn’t even know existed 50 years ago. We’re for reproductive rights and gay marriage, things we didn’t care about a century ago. We support more humane immigration laws, something that wasn’t even on anyone’s radar screen two centuries ago. There’s just no way to take a history like this and turn it into a timeless brand. Yes, we’re generally for the have-nots — though even that’s been suspect over the past few decades — but beyond that I’m not sure there’s much more long-term branding we can do. For good or ill, adaptable but fuzzy might just be part of the package.