David Bell on the common theme of America’s decline:

Twenty-two years ago, in a refreshingly clear-sighted article for Foreign Affairs, Harvard’s Samuel P. Huntington noted that the theme of “America’s decline” had in fact been a constant in American culture and politics since at least the late 1950s. It had come, he wrote, in several distinct waves: in reaction to the Soviet Union’s launch of Sputnik; to the Vietnam war; to the oil shock of 1973; to Soviet aggression in the late 1970s; and to the general unease that accompanied the end of the Cold War. Since Huntington 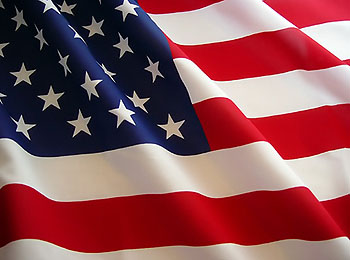 wrote, we can add at least two more waves: in reaction to 9/11, and to the current “Great Recession.”

….What is particularly fascinating about these older predictions is that so many of their themes remain constant. What did our past Cassandras see as the causes of America’s decline? On the one hand, internal weaknesses — spiraling budget and trade deficits, the poor performance of our primary and secondary educational systems; political paralysis — coupled with an arrogant tendency toward “imperial overstretch.” And on the other hand, the rise of tougher, better-disciplined rivals elsewhere: the Soviet Union through the mid-’80s; Japan until the early ’90s; China today.

My guess is that this is a bit more of a conservative impulse than a liberal one, since conservatives tend toward both an over-rosy view of the near past and a religious temperament that views man as a fallen creature. Still, that doesn’t mean they’re wrong. After all, in relative terms America has declined since World War II. How could it not? There’s simply no possible world in which a single country could retain the kind of power and influence that America held over a shattered world in 1945. As other countries rebuilt and grew, the inevitable consequence was that their power would grow relatively faster than ours.

But what’s remarkable, really, is how little America has declined. We are perpetually astounded that our military might doesn’t guarantee us instant victory anywhere we go and that other countries are routinely able to make trouble for us, but that says more about our national psyche than about our actual global influence or military power. If anything, our ability to project power may be greater today than it’s ever been, and it’s certainly greater relative to other countries than it was 50 years ago. Economically, our share of GDP fell surprisingly little in the postwar era, from 28% to about 22%, and has stayed very nearly flat since 1980. And political idiocy aside, our ability to lead the world in a rebound from a world historical financial crash has actually been pretty impressive.

Anyway, I find that when I’m feeling depressed I think America is in terminal decline, and when I’m in a good mood I don’t. Despite being sick at the moment, I’m in a relatively good mood today, so I don’t think we’re in decline. But ask me again next week and I might change my mind.