Apparently Matt Yglesias has been getting some questions about the neoliberalish direction of his blog lately, so he explains where he’s coming from:

There’s a couple of reasons. One is simply product differentiation — I don’t think just writing the same posts as Kevin Drum and Ezra Klein and Jon Chait is what the world needs from me, but we obviously all have similar political opinions. The other is the point I’ve made before, namely that with the passage of the Affordable Care Act the long struggle to expand the scope of the welfare state is largely over.

Realistically, does anyone think we’re going to increase the overall size of the government faster than that? I sure don’t. And yet there are actually some areas in which I’d like to see the government doing more — specifically nutrion, early childhood education, infrastructure, and probably K-12 education writ large….So the future of American politics is necessarily going to be about things like making the tax code more efficient, finding areas of government spending to 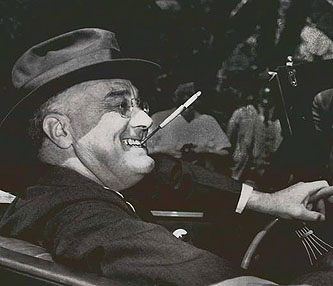 cut relative to projection, and thinking of policy measures that will help people that don’t involve spending more money.

Sadly, this is not going to do the trick when it comes to product differentiation since it pretty much mirrors my own views. When it comes to domestic politics, my version of the narrative goes something like this:

To make things even worse on the product differentiation front, I even agree that of the medium scale programs liberals should focus on, education in general and, more specifically, early and intense interventions in high-poverty areas should probably be one of our highest priorities. I’d also add climate change legislation to the top of this list, but that’s likely to be a long, grinding fight for small advances, not one or two big ticket items. For the time being, then, the main way to tell us apart is that Matt is the one preoccupied with basketball and parking regulations while I’m the one preoccupied with cats and the growth of income inequality. Maybe someday we’ll figure out something else to gin up a fight over.