Dan Drezner tallies up Barack Obama’s record on foreign policy, and as usual he’s pretty underwhelmed on the subject of trade:

3) Trade: Blech. Let me repeat that — blech. I understand that the administration is on barren political terrain when dealing with this issue. Still, the phrase “Obama administration’s trade agenda” is pretty much a contradiction in terms at this point. The Doha round is dead, and the only trade issue that has the support of policy principals is the National Export Initiative — and you know 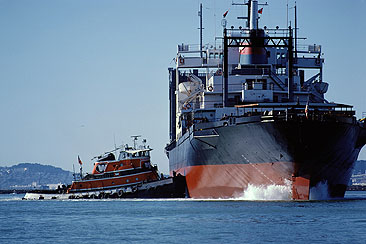 what I think about that. Unlike the other three issues, the administration hasn’t even bothered to put much effort onto this one — though the recent pledge to get the Korea-U.S. Free Trade Agreement (KORUS) ratified is promising. GRADE: F

I don’t expect to make much headway with Dan on this subject, but I think he’s all wet here for two reasons. The first is that “barren political terrain” he acknowledges. No president can reasonably be expected to put a ton of political muscle behind a lost cause, and major progress on, say, the Doha round, was pretty clearly a lost cause from the day Obama entered office. In the face of a catastrophic global recession, there was never even the slightest chance of gaining support either at home or abroad for any major trade initiatives, and it’s simply not reasonable to expect Obama to put any energy behind it. Not only would it have gone nowhere, it might even have been counterproductive. Better to wait until the global climate provides at least a bit of a tailwind.

Second, this isn’t a classroom, where you get an F for not showing up. In politics, you get an F for actively damaging things. Obama hasn’t done that. He’s simply ignored trade as an issue. But he hasn’t done any harm, and under the circumstances that’s quite possibly about as much as a trade enthusiast could have hoped for.

I think Dan will be on firmer ground in a few years. When the economy picks up and trade issues get pushed back into the foreground, what will Obama do? We won’t know until it happens, and in the meantime his (lack of) performance should earn him an Incomplete, not an F.