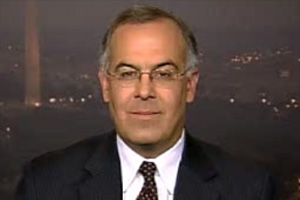 David Brooks has one of his patented “arguing with myself” columns in the Times today, and this one is about whether fiscal stimulus is a good idea. Here’s where he ends:

These days, debt-fueled government spending doesn’t increase confidence. It destroys it. Only 6 percent of Americans believe the last stimulus created jobs, according to a New York Times/CBS News survey. Consumers are recovering from a debt-fueled bubble and have a moral aversion to more debt.

You can’t read models, but you do talk to entrepreneurs in Racine and Yakima. Higher deficits will make them more insecure and more risk-averse, not less. They’re afraid of a fiscal crisis. They’re afraid of future tax increases. They don’t believe government-stimulated growth is real and lasting. Maybe they are wrong to feel this way, but they do. And they are the ones who invest and hire, not the theorists.

The Demand Siders are brilliant, but they write as if changing fiscal policy were as easy as adjusting the knob on your stove. In fact, it’s very hard to get money out the door and impossible to do it quickly. It’s hard to find worthwhile programs to pour money into. Once programs exist, it’s nearly impossible to kill them. Spending now creates debt forever and ever.

….But the overall message is: Don’t be arrogant. This year, don’t engage in reckless new borrowing or reckless new cutting. Focus on the fundamentals. Cut programs that don’t enhance productivity. Spend more on those that do.

Two things occur to me. The first is that a columnist like Brooks doesn’t have to pander to public opinion. He should leave that to politicians. If he thinks more debt is dangerous, he should say so and explain why. If he doesn’t, he should say that. What he shouldn’t do is throw up his hands and say that since the public feels X, then we must do X. After all, part of the reason the public feels X is because people like David Brooks keep telling them that.

Beyond that, though, I guess my question is what he thinks the downsides are here. That is, what’s the downside of more stimulus vs. less stimulus? The downside of less stimulus, I think, is obvious: if the Krugmanites are right, it will mean years and years of grinding unemployment and slow growth. It means pain and destitution for millions.

But what’s the downside of more stimulus? No one can say, really. The best answer is that it might lead to future interest rate hikes or future inflation or future tax increases. But there’s very little evidence to support this, and Brad DeLong, among others, makes an excellent case that even a trillion dollar stimulus would have only a tiny effect on the federal government’s future solvency. So even if a big stimulus has little positive effect — which seems unlikely given current circumstances — it doesn’t create much danger either. So why not try it? The fiscal purists sure don’t seem to have much in the way of better ideas.