Back home from China, Ezra Klein writes about the common sentiment that America needs to do better on [fill in the blank] because otherwise China will surge ahead of us:

Polls and focus groups show that people go nuts for this sort of rhetoric. If you want the country to get behind your policy initiative, just tell them that China is beating us to the punch. But….. 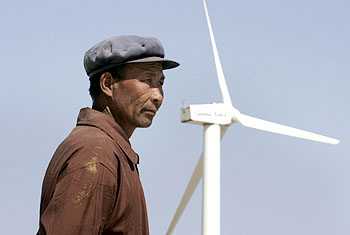 Competitive language is used in service of worthy goals, but it’s also dangerous stuff. We’re telling Americans to fear the economic development of other countries, when what they should actually fear is the reverse. If China or India stagnate, that means they won’t become huge markets for our exports, it means they won’t develop new technologies that can better our lives, it means that they won’t be geopolitical anchors in the way that only rich, stable countries can be. The global economy isn’t a race so much as it’s a relay.

Well, maybe. If the competition trope turns into China bashing, and if it takes a turn toward actively trying to impede China’s development instead of improving ours, then sure. It’s a bad thing. But I’d argue that for the most part, it (a) hasn’t and (b) probably won’t. We will, I think, shortly end up in some pretty serious competition with China over resources — mostly oil, but possibly other commodities as well — but if anything, that should just reinforce the message that we need to get more serious about renewable energy.

Competitive fervor can be a great motivator. Granted, there’s sometimes a thin line between a bit of healthy motivational anxiety and outright populist fearmongering, but I’d say this is a risk worth taking in this case. The American public could use a little motivation right now.