In a study that should surprise no one, the Equal Justice Institute reports that jury selection in the South is far from colorblind:

Today, the practice of excluding blacks and other minorities from Southern juries remains widespread and, according to defense lawyers and a new study by the Equal Justice Initiative, a nonprofit human rights and legal services organization in Montgomery, Ala., largely unchecked.

….While jury makeup varies widely by jurisdiction, the organization, which studied eight Southern states — Alabama, Arkansas, Florida, Georgia, Louisiana, Mississippi, South Carolina and Tennessee — found areas in all of them where significant problems persist. In Alabama, courts have found racially discriminatory jury selection in 25 death penalty cases since 1987, and there are counties where more than 75 percent of black jury pool members have been struck in death penalty cases.

….“There’s just this tolerance, there’s indifference to excluding people on the basis of race, and prosecutors are doing it with impunity,” [Bryan] Stevenson said. “Unless you’re in the courtroom, unless you’re a lawyer working on these 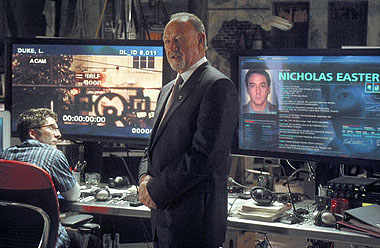 issues, you’re not going to know whether your local prosecutor consistently bars people of color.”

Most racially-inspired problems are hard to solve, but in this case there’s a pretty easy solution: just eliminate the voir dire process entirely. Pick 12 people at random, let the judge interview them and eliminate anyone who’s obviously unqualified or has a conflict of interest, and that’s that. You have your jury. Not only would this eliminate the most obvious source of racial bias, but it would have plenty of other positive effects too. It would reduce the number of jurors that courts need to summon, for example. And it would speed up trials. I sat on a drunk driving case once where the jury selection process took nearly as long as the trial itself because the defense attorney was desperately trying to eliminate anyone who might not be entirely sympathetic to a middle-aged guy who got behind the wheel after he’d had a few too many and started weaving around the road. It was a waste of our time, a waste of the judge’s time, and a waste of taxpayer money. (And we convicted the guy anyway.)

This is the way jury selection works in Britain, and guess what? Justice seems to be served just fine. The only downside, I think, is that John Grisham wouldn’t have been able to write his best book. I can live with that.