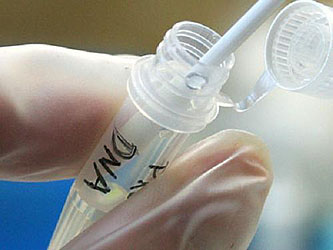 The FDA has ordered companies that provide DNA testing to consumers to prove that their tests work:

FDA official Alberto Gutierrez, who sent the letters, said that companies selling diagnostic tests must present scientific evidence that a test result, either positive or negative, is linked to a disease or the risk of one. They don’t have to show that the information is useful to patients or doctors. However, Gutierrez said in an interview that if a person can do nothing about a genetic risk discovered through a test, “that at least should be stated somewhere.” He added that companies are also responsible for anticipating possible harm from a test — such as a person adjusting their drug doses on the basis of a result — and should take steps to “mitigate that risk.”

Alex Tabarrok is outraged. There’s no question that the tests are safe — generally you just swab your cheek and mail the swab to the testing company — and “genetic tests provide information, personal information about our bodies and our selves. The FDA has no standing to interfere with the provision of such information.” Tim Fernholz disagrees:

The FDA’s request is common sense: They’re asking the producers and marketers of genetic tests to prove their scientific validity, a necessary step given that people could — and often do — make potentially costly or dangerous decisions about their health based on the results of these tests. Tabarrok doesn’t answer this argument in his post; he simply focuses on the fact that collecting genetic material for the tests is safe. But without evidence that a test works, how can consumers make safe decisions? Given the relative novelty of this technology, scientific evidence doesn’t seem like much to ask.

I doubt that it will come to this, but since it’s a slow news day I’ll toss out a related take: to what extent is this a free speech question? Genetic testing services, as Tabarrok says, are obviously safe, and they aren’t “devices” in the usual sense. Basically, all these services are doing is selling information. Any actual treatment you get would have to come from an actual MD who’s licensed to provide it and can discuss test results with you in greater detail.

Now, is it possible that you’ll do something on your own in response to one of these tests? Sure. On the bright side: maybe you’ll exercise more. On the not-so-bright side: maybe you’ll indulge in some kind of quack remedy for a nonexistent disease. Of course, you could do either of these things based on advice from your brother-in-law the plumber, too, and there’s nothing the FDA could do about it. And there are, if the magazine rack at my local drugstore is a fair sample, already gazillions of firms that provide “scientific” advice for ailments ranging from acne to Crohn’s disease. Or I could just call up 1-900-ASTROLOGY and get my advice from them. All perfectly legally.

So is consumer genetic testing any different? It probably is, and I’m happy to see the FDA get involved here, if only to fire a shot across the bow. Still, if I just have an uncontrollable itch to know what my genome looks like, is there any reason I shouldn’t be able to scratch that itch regardless of whether the FDA wants me to?