The BP oil spill is bad enough already. But I’m here to make it even worse. Here is Robert Bryce in Slate today:

The most disgusting aspect of the blowout in the Gulf of Mexico isn’t the video images of oil-soaked birds or the incessant blather from pundits about what BP or the Obama administration should be doing to stem the flow of oil. Instead, 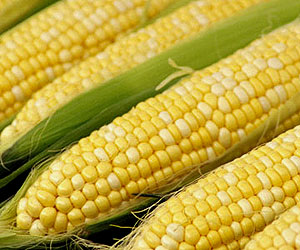 it’s the ugly spectacle of the corn-ethanol scammers doing all they can to capitalize on the disaster so that they can justify an expansion of the longest-running robbery of taxpayers in U.S. history.

….Why does the ethanol business need federal help? The answer is so disheartening that after five years of reporting on the corn-ethanol scam, I find it difficult to type, but here goes: The corn-ethanol industry needs to be bailed out by taxpayers because the industry was given too much in the way of subsidies and mandates. And now the only way to solve that problem is — what else? — more subsidies and mandates. The BP mess provides the industry with the opening it needs to win those subsidies from the federal government.

….The strongest indication that an ethanol bailout is imminent came last Friday when Agriculture Secretary Tom Vilsack (former governor of Iowa, the nation’s biggest ethanol-producing state) said, “I’m very confident that we’re going to see an increase in the blend rate.” The “blend rate” refers to the federal rule that limits ethanol blends to no more than 10 percent for standard automobiles. Commonly known as “E10,” the fuel contains 90 percent gasoline and 10 percent alcohol. The Obama administration bailout, which would come via approval from the EPA, will likely allow gasoline retailers to blend up to 15 percent ethanol into U.S. gasoline supplies.

Three years ago, responding to an increase in corn ethanol subsidies, I wrote: “Can anyone think of any other single policy that has as many simultaneous baneful effects? Are we complete morons?” The answer, apparently, is yes. Read Bryce’s whole piece to get the entire grim story.