ProPublica fills in a few more details on the Times Square bombing: 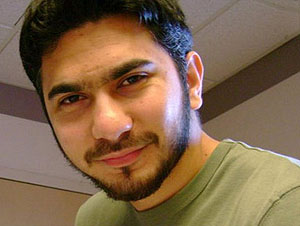 U.S. and Pakistani investigators are pursuing a new lead in the failed Times Square bombing: That a major in Pakistan’s army knew of Faisal Shahzad’s plans to attack U.S. targets months before Shahzad tried to ignite a car bomb in the heart of New York City.

….Pakistani authorities arrested the military officer this week, officials said. U.S. investigators have been told by Pakistani officials that the major learned of Shahzad’s plans from another suspect who is accused of funding the operation, according to a senior U.S. anti-terror official. The major has since resigned from the military, said the official, who requested anonymity because the case remains open.

….Allegations about the major, if confirmed, would deepen U.S. concerns about the role of the Pakistani military and intelligence in the fight against terrorism….The former military man was arrested not by the ISI, Pakistan’s most powerful spy agency, but by a military intelligence service. While the ISI has played a central role in the Times Square investigation and in other major terror cases, the spy service and other branches of the security forces have also periodically been accused of colluding with Islamic extremists.

Oddly enough, we seem to have gotten this information from Shahzad without torturing him. Probably just a lucky break. Via Spencer Ackerman.