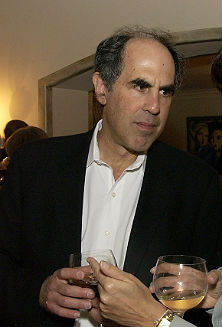 Some guy named Robert “Mickey” Kaus has an op-ed in the LA Times today. Apparently he’s “a blogger and the author of The End of Equality,” as well as “a candidate for U.S. senator in the Democratic primary.” How about that.

And guess what? To go along with the more decorous name, we also have a more decorous Mickey. The op-ed is basically his usual anti-union spiel, but pitched to persuade the median liberal LA Times reader. For example, check this out:

I don’t mean we should embrace the right-wing view that unions are always wrong. Unions have done a lot for this country; they were especially important when giant employers tried to take advantage of a harsh economy in the last century, not only to keep down wages but to speed up assembly lines and, worse, force workers to risk their lives and health. If you think about it, unions have been the opposite of selfish. By modern standards they’ve been stunningly altruistic, lobbying for job safety rules and portable pensions and Social Security and all sorts of government services that, if they were really selfish, they might have opposed, because if the government will guarantee that your workplace is safe and your retirement is secure, well, then you don’t need a union so much, do you?

Huh. It’s been a while since I’ve heard Mickey make any concessions like that. What’s more, when he’s in this mode, I don’t even find very much to disagree with in the rest of his piece. Union work rules did explode out of control in the 50s and 60s. Teachers shouldn’t be effectively impossible to fire. Pensions for California state employees, especially public safety workers, are pretty rich. On the other hand, he also writes this:

When I was growing up in West L.A., practically everyone went to public schools, even in the affluent neighborhoods. Only the discipline cases, the juvenile delinquents, went off to a military academy. It was vaguely disreputable. Now any parent who can afford it pays a fortune for private school. The old liberal ideal of a common public education has been destroyed. And it’s been destroyed in large part not by Republicans but by teachers unions.

You know, the first area of the country to ditch public schools en masse was….the South. And the area of the country with the weakest teachers unions is….the South. It wasn’t teachers unions that drove parents out of public schools in LA. It was mostly a combination of court-ordered busing, massive growth in the number of low-income students, and plain old racism. If unions played a role, it was a pretty modest one.

Still, I agree that job protection regs got out of hand long ago. Ditto for work rules and public sector pensions. If you stick to that stuff but maintain strong and genuine support for the role of unions in bargaining for wages, benefits and basic working conditions in the private sector, then I’m pretty much on board. Unfortunately, the union bashers never stop there. No matter how reasonable they sometimes sound, what they really want is the end of unions. And I’m not on board with that.