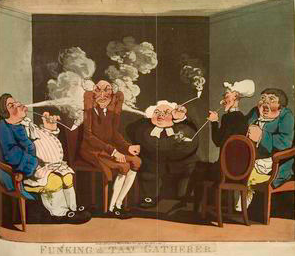 Here’s a quick rule of thumb: You can judge the Crank Factor™ of an op-ed about the financial crisis by how long it takes the author to say something like:

Yet in truth, it was government housing policy that was at the root of the crisis.

It takes AEI president Arthur Brooks about a thousand words to get there in the Washington Post today. That wouldn’t be too bad, actually, except that it’s a 2,500-word piece. That’s about 40% of the way in, so let’s give Brooks a CF of 60. Frankly, I think he could have done better.

I can’t figure out why conservatives insist on repeating this nonsense. The evidence against it is overwhelming, so they can hardly be unaware that they’re BSing. (Details here.) And usually you save BSing for arguments that actually have some traction. But this one

doesn’t. As near as I can tell, even tea partiers don’t really buy it unless you throw in a bit of CRA/minority lending demagoguery — which, at least in this piece, even Brooks doesn’t quite have the brass to try to pitch. Maybe he saves that for the Wall Street Journal crowd.

Anyway, you can add “government housing policy caused the financial crisis” to this handy list of phrases that immediately let you know that you’ve been sucked into reading not a judicious exposition of conservative thought, but the most vapid, PowerPointy form of right-wing crankery:

Roughly speaking, no one who’s actually serious about any of these topics would write any of this stuff. If you see it, it’s as much a flashing light as pining away for the gold standard or railing about the giveaway of the Panama Canal. Got other examples? Feel free to add to the list yourself. And conservatives are welcome to construct a similar list for liberals. Have at it, folks.