Matt Steinglass warns those of us defending Goldman Sachs’ overall desire to short the housing market in 2006 not to get sidetracked. Hedging as a general strategy is fine. But deliberately constructing specific 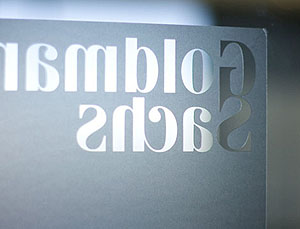 securities that you believe will implode, and then selling them to your clients as great investments is not so fine. According to the Senate subcommittee investigating Goldman, that’s what they did on five different CDOs they issued in 2006 and 2007. Here’s their description of one of them:

Goldman executives told the Subcommittee that the company was trying to remove BBB assets from the company books during this period of time. Goldman Sachs was the sole short investor in this proprietary deal, buying protection on all $2 billion in referenced assets and essentially placing a bet that the assets would lose value.

People have been confusing this issue by pointing out that there’s nothing wrong with shorting housing, or that there’s nothing wrong with hedging your investments. And that’s true. What’s wrong is shorting a mortgage-backed security and then telling your clients, to whom you have a fiduciary duty, that they should buy that mortgage-backed security. Or insuring yourself against the failure of a CDO, while arranging to have all your worst mortgage-backed securities, which you expect to go bust, stuffed into that CDO, so that it’s sure to fail. Did Goldman Sachs really do this? We don’t know yet. But these are the accusations.

Legally, I don’t know what Goldman’s fiduciary responsibility was to its customers. So I’ll leave that aside. But from a non-Wall Street rube’s point of view, here’s what’s always struck me as the best evidence that Goldman knew just how mendaciously they were acting: they didn’t have to construct complex new securities in order to hedge their own subprime holdings. They could have simply sold them instead. Or tried to, anyway. But of course, that would have given the game away: if Goldman had tried to sell off a whole bunch of the subprime ABS on its books, the whole world would have immediately wondered what Goldman knew that they didn’t. The housing bubble would have popped and the market would have declined 12-18 months before it did.

Of course, most people in that position wouldn’t have had any other choice. They would have sold their holdings and taken their lumps. But because Goldman was a major player in credit derivatives, they did have another choice. Instead of selling their ABS holdings, they constructed complex synthetic securities that allowed them to keep this stuff on their books but profit from its decline. This had the unfortunate side effect of inflating an already destructive housing bubble even beyond the ability of mortgage brokers to do it with dodgy loans, but Goldman didn’t much care about that. They just wanted to invent some clever way to quietly unwind their bad bets, and if that created billions of dollars of new bad bets out of whole cloth, well, that was just the world’s tough luck.

It probably wasn’t illegal. But it sure piled damage on top of damage. Keeping it from happening again would be a boon.