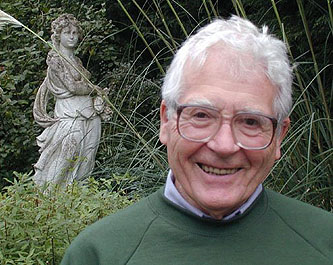 In a column today declaring that “global warming is dead,” Wall Street Journal editor Bret Stephens marshals this as part of his evidence:

In Britain, environmentalist patron saint James Lovelock now tells the BBC he suspects climate scientists have “[fudged] the data” and that if the planet is going to be saved, “it will save itself, as it always has done.”

This takes herculean chutzpah. It’s true that Lovelock thinks that climate scientists at East Anglia might have fudged some data, but here’s what he has to say to BBC interviewer John Humphrys about climate change more generally:

Humphrys: You say “if” global warming happens. You believe it both is and will get a lot worse?

Lovelock: Yes, I do believe it will get a lot worse. You can’t put something like a trillion tons of carbon dioxide into the atmosphere without something nasty happening.

Humphrys: How many of us, in your view, will not survive in the process?

Lovelock: ….If it really does warm up as badly as I’ve said in [The Vanishing Face of Gaia], as it might well do, then we’ll be lucky if there’s a billion left.

Humphrys: So in other words, seven out of eight will die?

Humphrys: Do you believe the science has been misrepresented to us?

Lovelock: No, I just think there are too many people doing it.

The only reason Lovelock says the earth “will save itself, as it always has done” is because he thinks climate change is likely to be so catastrophic that there’s nothing we can do about it anymore. And by “save itself,” he means only that the globe will go on spinning but with about seven billion of us dead.

I think Lovelock is wrong about it being too late to affect climate change, but that’s neither here nor there. Regardless of whether he’s right about that, to quote him in support of the idea that climate change is a gigantic hoax simply takes titanic balls. Did Stephens really think that no one on this side of the Atlantic would bother to actually listen to the interview?