I’ve been trying to decide what I really think of Chris Dodd’s financial reform bill, and so far the answer is: not much. Yesterday, for example, Mike Konczal took a look at how it handles the problem of winding up big failed banks. Basically, the bill mandates that large banks write their own “living will,” with fines proposed for those who do a lousy job. Here’s Mike:

Notice how this strategy would look for FDA if we were creating the FDA now: “Drug companies will be required to submit the effects of their drugs that they market from internal studies that they’ve carried out. That is all.”

There’s an obvious agency problem: if you are a large, complex company and you’ve failed, you want the regulators to be as confused, scared, and uninformed as possible so they will bail you out. It’s worked before. What’s the penalty for a failed firm that doesn’t do this well? They are already failed. If you are less cynical about the financial 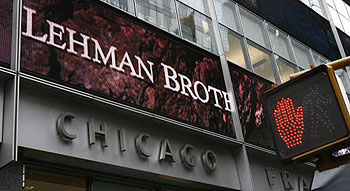 markets than I am, it’s still costly, time consuming and kind of a pain in the ass to collect this information well, so you will probably half-ass it.

I’d add something even more fundamental: can this work even in theory? Mike is right that banks have lots of reasons to do a self-serving job when it comes to drafting their plans, and when times are good it’s unlikely that the Fed or any other regulator is going to be especially tough on them. But beyond that, is it even possible to set forth a plan in advance that would, say, unwind Citigroup cleanly and without a big government bailout? I have my doubts, and I’d sure like to hear a few skeptical experts weigh in on this. What would a real resolution plan for Citigroup look like?

In another post, I think Mike gets to the key issue: we really ought to be more concerned with detection than with resolution. Once a gigantic bank has started to spiral out of control, it’s probably going to need some kind of massive government support no matter what kind of resolution plan it has in place. So what’s really important is stopping that spiral before it starts. But that gets us back to things like limiting leverage, insisting on more robust capital requirements, insisting that derivatives are traded openly and only by firms with the collateral to back them up, etc. Resolution authority is something the federal government needs — regardless of whether or not it’s messy — but I’d put it somewhere in the bottom half of the top ten things we should be concerned about.

I am, however, extremely persuadable on this point. So: is resolution authority more important than I think? And if so, what would it take to do it right? I’ll try to follow up on this later.