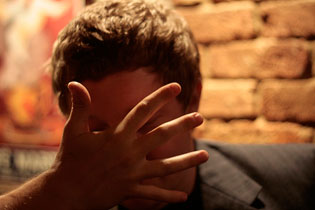 Flickr/Ben Ward (Creative Commons).Democrats’ inability to inform the public that the stimulus plan cut taxes in a big way should go down as one of their biggest political screw-ups in recent years. Barack Obama felt it necessary, during the State of the Union address, to spend a big chunk of time hammering home the fact that his party cut taxes. And PolitiFact recently decided it had to to check David Axelrod’s claim that the Democrats passed 25 tax cuts last year without the help of Republicans. (PolitiFact has a list of all the tax cuts—they rated the claim “true.”) Both of these events are signs that the fact that the Democrats cut taxes has not sunk in to Americans’ psyches. It’s not common knowlege. If it were, would the Tea Partiers be talking about how they’re “Taxed Enough Already?” Well, probably. But they’d at least be challenged on that.

The second part of Axelrod’s claim is basically true, too. Only three Republicans (including Arlen Specter, who is now a Democrat) voted for a stimulus bill that included hundreds of billions of dollars of tax cuts. And yet the Dems are still hoping that the GOP is going to lend them a helping hand on their jobs bill. Good luck with that.