Great Britain has enacted a temporary 50% tax on large bank bonuses. Via Tyler Cowen, the Financial Times reports on how British banks plan to respond to this:

Most banks, polled in an anonymised survey, said they would absorb all or part of the cost of the one-off 50 per cent tax by inflating their bonus pools, even at the risk of irritating the government and their own 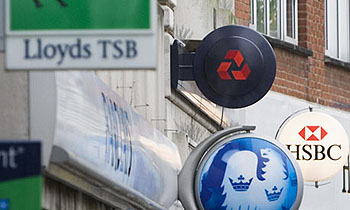 shareholders….“The tax is going to be 90 per cent absorbed by the banks,” said one senior recruitment consultant with clients in the City.

In many cases that will mean banks doubling bonus pools, with the cost of the tax borne by shareholders. Dividends, already under pressure as regulators force banks to retain earnings to boost capital, are likely to be hit, bankers concede.

I’m generally skeptical of the effectiveness of direct controls on salaries and bonuses. I think the real problem is the size and profitability of the financial sector, which is what drives the big bonuses in the first place. That’s what we should be paying attention to.

But even so, the arrogance and entitlement that this displays is stunning. British banks, even more than American banks, were saved from destruction by central government action, and they desperately need to rebuild their capital cushions. The last thing they should be doing is spending it on huge bonuses, and they certainly shouldn’t be cavalierly doubling their bonus payouts just because their traders are upset at Alistair Darling’s tax proposals. They don’t even have the excuse that they need to do it in order to retain talent, since the tax applies to all firms equally.

Back here in the U.S., Christina Romer tells George Stephanopoulos that “she is hopeful that financial institutions will show some restraint, but with a shake of her head, she indicated she’s not that hopeful.” Me neither. But here’s the silver lining: since banks are all about to announce their bonus payouts over the next few weeks, and those payouts are certain to be outrageous, this provides the Obama administration with a lovely opportunity to stop just “shaking its head” and instead use bonus season as an opportunity to work up some righteous anger against the entire structure of the financial system. We need to target the source of the cancer, and a wave of populist revulsion is the perfect political opportunity to do it. More spine please, Mr. President.