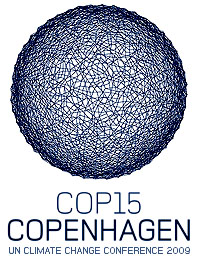 Kate Sheppard reports from Copenhagen that the solidarity of the G77 bloc of developing nations is starting to crumble:

Late on Tuesday, the governments of Ethiopia and France announced that Ethiopia, “representing Africa,” had agreed to adopt an “ambitious agreement” that would call for limiting the average global temperature rise to 2 degrees Celsius. Previously, the African bloc, along with the G77 coalition of poor countries and the Alliance of Small Island States, had firmly insisted that a 1.5 degree limit was imperative to prevent dire consequences in their regions.

….The major powers welcomed Ethiopia’s defection from the 1.5-degree target. British Prime Minister Gordon Brown has endorsed the side deal with France, and on Tuesday, White House officials confirmed to reporters that Obama had placed a call to Zenawi earlier in the day. The US president, they said, had “expressed his appreciation for the leadership role the Prime Minister was playing in work with African countries on climate change.”….But developing nations — which appear to have been caught somewhat off guard by the announcement — aren’t applauding. They fear that major powers are trying to pick off key players from the developing bloc via secret pacts. The fact that the agreement was made and announced in Paris — not at the official United Nations negotiations in Copenhagen — has fueled such suspicions.

Hmmm.  “Trying to pick off key players” mostly seems like standard issue negotiating to me, not some nefarious plan to sow discord.  But read the whole thing and decide for yourself.  It’s dealmaking time in Copenhagen with only two days of the conference left.