Perhaps, like me, you’ve heard that sometimes too much choice is bad.  Consumers get paralyzed by the array of products on offer and just can’t make up their minds, so they simply choose to buy nothing. 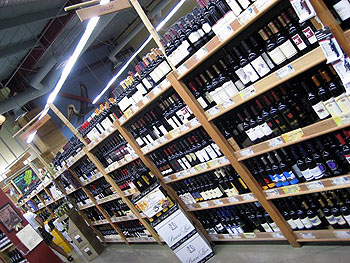 This effect has been demonstrated in experiments several times, but  via Tyler Cowen, Tim Harford writes that these experiments may not have been as robust as we thought:

Benjamin Scheibehenne, a psychologist at the University of Basel, was thinking along these lines when he decided (with Peter Todd and, later, Rainer Greifeneder) to design a range of experiments to figure out when choice demotivates, and when it does not.

But a curious thing happened almost immediately. They began by trying to replicate some classic experiments — such as the jam study, and a similar one with luxury chocolates. They couldn’t find any sign of the “choice is bad” effect. Neither the original Lepper-Iyengar experiments nor the new study appears to be at fault: the results are just different and we don’t know why.

After designing 10 different experiments in which participants were asked to make a choice, and finding very little evidence that variety caused any problems, Scheibehenne and his colleagues tried to assemble all the studies, published and unpublished, of the effect.

The average of all these studies suggests that offering lots of extra choices seems to make no important difference either way. There seem to be circumstances where choice is counterproductive but, despite looking hard for them, we don’t yet know much about what they are. Overall, says Scheibehenne: “If you did one of these studies tomorrow, the most probable result would be no effect.” Perhaps choice is not as paradoxical as some psychologists have come to believe. One way or another, we seem to be able to cope with it.

Interesting!  Perhaps the paradox of choice used to be true in simpler times, but the internet and the rest of modern life have taught us to revel in choice, rather than being intimidated by it.  In a related vein, maybe it’s a generational thing.  Maybe choice dazzles me more than it does a 20-something who grew up with 87 cell phone plans, 300 cable channels, and 1,000 Facebook friends.

Personally, I find a wide array of choice intimidating mainly if I’m trying to buy something brand new that I don’t know anything about.  If there are 20 different kinds of cough syrup on the shelf, and I’ve never bought cough syrup before, I might just give up on the whole thing and keep on coughing.  I suppose that’s pretty obvious, but it might explain the differences in some of the experiments.  If you showed me a huge variety of wines, I might throw up my hands in despair rather than trying to puzzle out which one to buy.  Show me an equally huge variety of candy bars and I’d pretty quickly narrow it down to half a dozen that I liked and then choose one.  That’s because I consume a lot more candy bars than I do wine.

So how about you?  When do you get intimidated by choice?