Is banker compensation one of the root causes of last year’s financial meltdown?  The Epicurean Dealmaker says no. 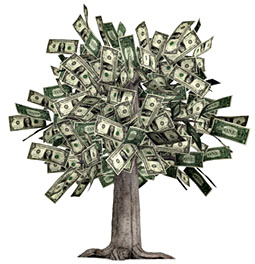 A lot of things changed when investment banks evolved from moderate-size partnerships into gigantic public companies, but pay wasn’t one of them:

Large public banks did retain much of the partnership compensation model, which deferred ever more of a banker’s pay the higher up he got and the more he made. But […] deferred pay lost its effectiveness as a distributed risk management tool. As investment banks grew ever larger and more complex, each banker had less and less impact on the overall results and health of his bank, almost no matter how much he made.

….Notwithstanding what legions of indignant and self-righteous commentators contend, the incentive system currently in place operates exactly as most of them propose: a large portion of banker pay is deferred for years and is tightly tied to the overall health and success of the firm. Bankers are not incentivized to print huge risky trades and run away as soon as they collect their bonus at the end of the year. In fact, they are more closely tied to the long-term health of the firm and its stock price than any other stakeholder. They just can’t do anything about it. Unfortunately for them and for us, such a system does not seem to have prevented anything.

I basically believe this.  The problem wasn’t so much that bankers didn’t care about long-term results as it was that they never realized they were taking on so much risk in the first place.  They thought they had safely hedged it all away.  Reining in compensation may still be a good idea, but it’s just a backstop.  The real fixes to the system are deeper and more fundamental.