Somebody over at the Economist thinks — or rather hopes — that contrarianism is dead:

The first time I ever encountered an argument that I would now clearly recognise as “contrarian” was in elementary school, during Ronald Reagan’s presidential campaign, when I first heard someone argue the supply-side case that lowering taxes would raise government revenues. 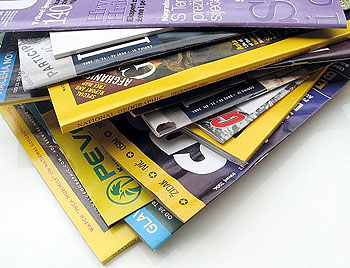 Another early encounter I recall was my father describing a social scientist interviewed on NPR who’d argued that the main effect of minimum-wage laws was to raise the unemployment level for poor urban youth.

….Here’s the thing: as history progresses, things change. And societies try to adapt to those changes. Experts come up with solutions to the problems the societies face. Those solutions often entail discomfiting established interest groups. And the solutions the experts come up with almost always entail some degree of perverse counterreaction, some kinds of problems or inefficiencies or whatever. It can be very interesting to focus on those counterreactions; it can generate fascinating, eye-grabbing journalism.

But in the overwhelming majority of cases, the counterreactions aren’t as big as the first-order effects of the solutions. The minimum wage may price a few people out of the labour market, but it mostly raises low-income people’s wages. Raising marginal income taxes does slightly lower rich people’s incentives to generate income, but it mostly raises government revenue. In other words, the little contrarian thing is almost never anywhere near as important as the big first-order thing it rides on. And as journalism has come increasingly to focus on contrarianism, it has become less and less adept at actually describing the world.

I guess I agree but I’d put things slightly differently.  Contrarianism is genuinely useful, and I’d hate to see it go away.  Conventional wisdom, whether it’s mine or someone else’s, deserves pushback.

The problem with modern contrarianism is that it’s lazy.  Too often, it’s the sole focus of a piece, and it’s the focus for reasons purely of entertainment or ideology.  Which is too bad, because the kind of journalism that’s most useful is the kind that explains both first order things and counterreactions and doesn’t pander to readers’ desires to pretend that the world is simpler than it really is.  After all, counterreactions may usually be less important than first-order effects, but they’re still worth investigating.  Some tax cuts really don’t raise as much revenue as you’d think.  Raising the minimum wage really can have perverse effects in specific slices of the economy.  If you’re genuinely interested in knowing how the world works, you want to know this.

And that’s what seems to be missing in an awful lot of modern journalism: the desire to genuinely try to puzzle out how things work.  Instead, we get writing so dedicated to either ideology or entertainment that it’s satisfied to cherry pick contrarian arguments and leave it at that; or else mainstream he-said-she-said journalism that’s so determined not to take a stand that it enlightens no one.

But the world is a complicated place.  It just is.  There are first order effects, counterreactions to first order effects, and counterreactions to counterreactions.  And there are whole big chunks of the world that stand entirely aside even from that.  If you want to explain what’s really going on, you need to take in all of this, and you need to take all of it seriously on its own merits, and then you need to try to make sense of it all.  You can’t just ignore or brush aside everything that would inconveniently make your narrative a little messier or harder to understand.  (I’m looking at you, Malcolm Gladwell.)  You have to respect your readers enough to assume they’ll stick around even when the ride gets a little bumpy.

Sadly, less and less journalism aspires to that today.  To my dismay, fewer and fewer books aspire to it either.  It makes the world a shallower, less interesting thing.