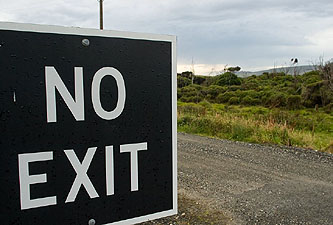 Betsy McCaughey’s mendacious article “No Exit,” which ran in the New Republic in 1994, has long been given a share of the credit for killing the Clinton healthcare plan.  Andrew Sullivan, who was TNR’s editor at the time, says he’s addressed all this before, he’s sorry he published the piece, he ran plenty of rebuttals, and anyway Clinton’s bill had plenty of other problems too.  Fine.  But he also tells us today that he tried to correct some of McCaughey’s worst excesses but failed:

One key paragraph — critical to framing the piece so it was not a declaration of fact but an assertion of what might happen if worst came to worst — became a battlefield with her for days; and all I can say is, I lost. I guess I could have quit. Maybe I should have. I decided I would run the piece but follow it with as much dissent and criticism as possible. I did discover that she was completely resistant to rational give-and-take. It was her way or the highway.

He lost?  He was the magazine’s editor.  So who forced him to run the piece?  Andrew says he doesn’t think it’s professional to “air the specifics of internal battles after the fact,” but you can hardly go this far without doing exactly that.  He’s basically implying pretty strongly that he didn’t want to run the piece but had to anyway, and had to run it precisely to McCaughey’s specifications.  That’s pretty extraordinary.  Having said that much, surely he owes us the rest of the story?