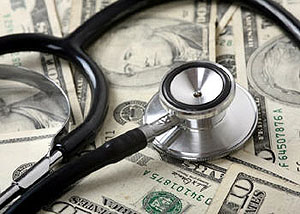 If the government cuts Medicare reimbursement rates, will healthcare providers just make up for it by charging the rest of us more?  This is called “cost shifting,” and Keith Hennessey doesn’t believe it:

While doctors and hospital administrators swear by it, I have always been skeptical of the cost-shifting argument.  If you believe that a hospital will raise the prices it charges privately insured patients in reaction to cuts in reimbursement rates from government programs, you must believe (1) the hospital has pricing power and (2) it has until now charged less than it could.  (1) is quite plausible in some circumstances.  I find (2) incredible.  If someone has pricing power, I generally believe they will exert it.  Are we to believe that providers of medical care were charging privately insured patients less than they could have before the cuts in government payment rates?  I am happy to hear arguments on the other side.

Austin Frakt makes a similar argument here, but I’ll push back a little bit on this.  My experience is that companies as a whole (or divisions of companies) will often tolerate underperformance in one area as long as they’re meeting their overall goals.  Whatever performance measure they use — earnings, return on equity, stock price, etc. — they’re frequently satisfied if they meet it for the entire operation.

Strictly speaking, this is irrational.  Businesses should insist that every individual operation be as profitable as possible.  But humans just don’t always work that way.  There are only so many hours in the day, only so much bandwidth you can expend on problem areas, it’s not always clear how far you can push things, and competitive pressures are different in different areas.  However, if companies fail to meet their broad performance measure, then the pressure builds to start taking a closer look at individual operations, and as a result they might push harder to raise prices in places they haven’t before.

Ezra Klein passes along a Lewin Group study that suggests, on average, about a 40% cost shift in one particular area of medical care.  That strikes me as about right: sometimes reduced payments will prompt healthcare providers to push back in other areas, sometimes they won’t.  It depends on the bigger picture, which makes it more an empirical question than a theoretical one.  It might also be a place where the long-term effect is quite different from the short or medium-term effect.  More research, please.