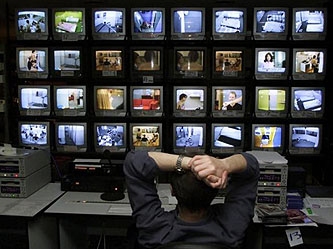 Today we get some bad news on the executive power front:

The Obama administration will largely preserve Bush-era procedures allowing the government to search — without suspicion of wrongdoing — the contents of a traveler’s laptop computer, cellphone or other electronic device, although officials said new policies would expand oversight of such inspections.

….”It’s a disappointing ratification of the suspicionless search policy put in place by the Bush administration,” said Catherine Crump, staff attorney for the American Civil Liberties Union. “It provides a lot of procedural safeguards, but it doesn’t deal with the fundamental problem, which is that under the policy, government officials are free to search people’s laptops and cellphones for any reason whatsoever.”

And also a bit of good news, from a ruling in a lawsuit brought against the CIA by a DEA agent, Richard Horn, and his lawyer, Brian Leighton:

In a highly unusual legal step, a federal judge has ordered the government to grant an attorney a security clearance so he can represent a disgruntled former narcotics officer in a lawsuit against a former CIA officer….”The deference generally granted the executive branch in matters of classification and national security must yield when the executive attempts to exert control over the courtroom,” U.S. District Judge Royce Lamberth wrote in an order issued late Wednesday.

….”It is fabulous for many reasons, not the least of which is the judge doesn’t believe anything the government is saying,” Leighton said Thursday of the new ruling.

The Horn/Leighton lawsuit has been going on since 1994.