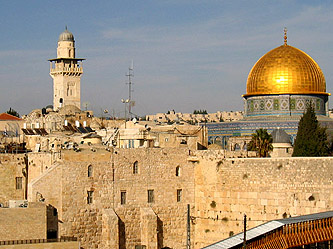 The New York Times reports that the communicator-in-chief plans to take his show on the road:

In coming weeks, senior administration officials said, the White House will begin a public-relations campaign in Israel and Arab countries to better explain Mr. Obama’s plans for a comprehensive peace agreement involving Israel, the Palestinians and the Arab world.

The campaign, which will include interviews with Mr. Obama on Israeli and Arab television, amounts to a reframing of a policy that people inside and outside the administration say has become overly defined by the American pressure on Israel to halt settlement construction on the West Bank.

If Obama’s pressure on Israel to halt new construction in West Bank settlements was Phase 1 of his Mideast game plan, Marc Lynch says we’re now moving on to Phase 2:

This, I suspect, is something very different: a strategic communications campaign designed to build support for a push towards a two-state solution among key Israeli, Palestinian, and Arab constituencies.  Reassurance, yes, but within the context of explaining the  American view of the urgency of the moment for a push towards peace — and of building support for, and even a demand for, such a push towards peace among those publics.  There are many tools which could be deployed in such a campaign — not just the television interviews mentioned in the article, but the whole portfolio of campaign outreach tools, including new media, which could be deployed in support of such a strategic objective.

Along with practically everyone else on the planet, I’ve been extremely non-optimistic for the past decade about the chances for some kind of Israeli-Palestinian accord.  And Obama or no Obama, I can’t say that anything recently has changed my mind.  It still seems politically impossible for Israel to take any serious action on the settlements, just as it seems unrealistic to expect that Fatah and Hamas can come to any kind of agreement that allows them to effectively represent Palestinian interests.  There are distinct limits to what Obama’s oratory can do, and this seems like one of them.  But I’m glad he’s at least trying.