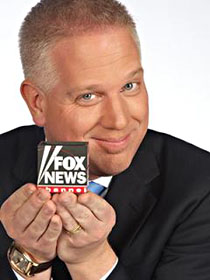 Ezra Klein comments on Howard Kurtz’s lament that even though the mainstream media debunked the “death panel” nonsense, it took hold anyway:

It is true that Palin’s statements eventually got fact-checked. The New York Times, in particular, spoke clearly and forcefully, albeit well after the controversy had begun dominating the coverage. But the world is full of lies. There aren’t enough reporters on the planet to fact-check them all. That’s okay, as most lies aren’t reported. Stories about the Obamas heading to Martha’s Vineyard do not have to contend with stories about a crank who thinks they’re really heading to a secret rejuvenation chamber in the Himalayas.

….Reporting the facts is important. But so too is not reporting — or at least not focusing, day after day — on the lies. The average voter doesn’t take their cues from the fifth paragraph in our articles, the one that explains that the quote in the first paragraph isn’t necessarily true. They form fuzzy impressions from the shape of the overall conversation. The occasional fact-check isn’t nearly so powerful as the aggregate impression conveyed by the coverage. And even if, as Kurtz says, the media has made some admirable efforts to combat specific lies, they — we — have allowed lies and chaos to emerge as the subject of the health-care reform debate.

It’s true: crankery used to go largely unreported.  But that’s not much of an option these days — or at least, the media doesn’t treat it as an option.  And the reason is obvious: crankery isn’t limited to beady-eyed obsessives with mimeograph machines in their basements anymore.  It’s beamed out in practically raw form to an enormous audience by Drudge, talk radio, Fox News, and the blog/Twitter/Facebook channel.  Once that’s happened, mainstream outlets don’t feel like it’s ignorable.

Plus there’s the fact that although news pages (and the straight news reports from TV anchors) may have mostly debunked the death panel story, op-ed pages and chat shows retailed it with vigor.  What’s more, even in the news pages most of the debunkings came days or even weeks after the crankery had already reached a fever pitch.

What do do?  Fighting back is the obvious answer, but that’s a two-edged sword since it also gives the crankery an even higher profile.  Ditto for faster reaction from the news desks.

I dunno.  We now live in an era of mass-market crankery (“saturation bullshitting,” in g.powell’s memorable phrase), and that’s that.  Either some bright cognitive researcher needs to figure out how to actually fight crankery, or else the rest of us have to figure out how to get things done even in the face of a permanent lunatic fringe.  All legal ideas welcome.