Has the Cash for Clunkers program been a success?  Justin Fox serves up this tidbit:

By all accounts the program has driven a rush to car dealers. Auto sales in July were at their highest pace in 11 months. In an e-mail to clients Monday, Credit Suisse economist Neal Soss revised his economic growth forecast for the third quarter from 1.3% to 2.0%, and for the fourth quarter from 2.0% to 2.5% — all on the basis of cash for clunkers’ success.

I guess that’s pretty good.  If it’s true, anyway.  My own view has always been that although CfC would normally be a fairly lousy use of taxpayer money, the fact that I, the taxpayer, now own most of GM and Chrysler makes it a little more palatable.  I’m basically using my own money to help keep my own companies from collapsing.  Unfortunately, though, that doesn’t seem to be the case. 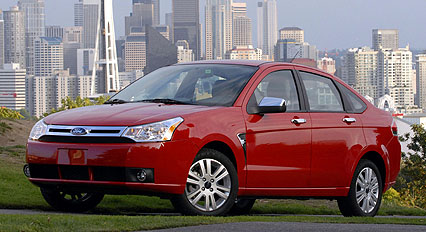 According to Jalopnik, here are the top-ten cars purchased so far under CfC:

So we’ve got a single Chrysler model at #7 and a single GM model at #10.  Not exactly a groundswell of support for taxpayer owned auto companies.

Oh well. I just hope Soss is right.  Even if GM and Chrysler aren’t getting much of a boost, an increase of half a percent of GDP for two consecutive quarters seems like a pretty decent return for an investment of a billion dollars or three.