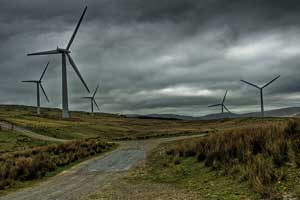 I’ve got a bit of a ramble teed up on climate change and the Waxman-Markey bill, which unfortunately means that my conclusion is going to be buried at the end of a long post.  So if that’s all you want to read, feel free to skip down to the last two paragraphs.  The rest is just throat clearing.

Still here?  Then here’s the ramble.  Over the past couple of weeks there’s been a lot of blogospheric chatter surrounding a cost-benefit analysis of Waxman-Markey done by Jim Manzi.  I’m not going to link to the dozens of posts going back and forth about it, but suffice it to say that Manzi concludes that W-M isn’t a good deal.  Over the next century, it’s going to cost us more in lost economic growth than it will benefit us in reduced global warming.

I didn’t get involved in this conversation for a simple reason: I’ve been on both the producing and receiving end of too many cost benefit analyses to trust them.

If you’re being relatively honest and if you’re dealing with fairly concrete, short-term issues, they’re useful tools, but even then it’s still the case that you can manufacture strikingly divergent conclusions by manipulating your assumptions and inputs by surprisingly small amounts.  Cost-benefits usually look like they’re grounded in hardheaded thinking simply because they’re numerically based, but quite often they’re nothing of the kind.

And that’s in the best case.  Climate change is far worse.  Not only are we decidedly not talking about concrete, short-term issues, but there’s a huge asymmetry in what we can say about the cost side and the benefit side of fighting global warming.

On the one hand, you have the actual science of climate change.  And although climate models are enormously complex and subject to considerable uncertainty, they’re fundamentally based on physics, chemistry, and thermodynamics.  We know how much CO2 we’re pumping into the atmosphere and we can project with pretty good confidence how much that’s going to increase over the next century if we do nothing to stop it.  We know how the greenhouse effect works, we have pretty good historical records of how CO2 concentration correlates with global temperatures, and we have a pretty good sense of the feedback loops involved in things like melting icecaps and saturation of the ocean sinks.  Basically, our level of uncertainty is within tolerable bounds here.  And what we know is that if we do nothing, global temps are absolutely certain to rise 2°C over the next century, fairly likely to rise by 4-5°C, and at least somewhat likely to rise by 6-7°C.  The lower number would be bad but, just possibly, manageable.  You could at least make an arguable case, as Manzi does, that the cost of preventing an additional 2°C is higher than it’s worth.  The two bigger numbers, however, would be catastrophic.  Unfortunately, the science increasingly suggests that these higher numbers are considerably more likely than we thought even a few years ago, and any serious cost-benefit analysis needs to address that.  Using only the lower number avoids tackling the real problem we’re up against.

So that’s the climate analysis in a nutshell.  On the opposite hand you have the economic analysis.  And that’s simply hopeless.  An economic analysis that goes even ten or twenty years into the future is as much guesswork as anything else.  One that goes a hundred years into the future is just voodoo.  It looks like economics, but you might as well be throwing darts.  Compounded over a century, even minuscule changes in assumptions and operating parameters produce enormous changes in your conclusions, and the result is that you end up deep in the weeds arguing over tiny differences in those assumptions instead of simply admitting that they’re flatly impossible to forecast.  That’s good for slowing down the debate, but not much else.

(For a couple of more detailed versions of this argument, see Dave Roberts here and Patrick Appel here.)

So where we stand is fairly simple: we have a pretty good idea of what climate change is going to do to the planet, and we have a pretty good idea that there’s at least a reasonable chance that the results are going to be catastrophic (and much more catastrophic for some than for others).  However, we don’t have a good idea of the economic impacts of addressing climate change, and we never will.  The problem is simply too nonlinear and too long-term to be analyzable, especially when the differences between high-end and low-end projections are on the order of two or three percent.  When it comes to climate change, cost-benefit on anything other than a very broad scale is a mug’s game.

Still, let’s grant several things.  First, Waxman-Markey is a kludge of a bill.  It’s possible that its cost-benefit is negative, and it’s almost certain that, by itself, its cost benefit is quite small even if it is positive.  Second, W-M’s carbon caps by themselves will probably have only a tiny effect on rising temperatures.  Third, global warming is a hopeless problem if we don’t get the rest of the world to address it too.  If China and India and the rest of the developing world don’t play along, nothing the U.S. and Europe do by themselves will be enough to halt it.

That’s all true.  So why support Waxman-Markey?  There are all sorts of reasons.  For one thing, it’s a good start.  Also: it may be hard to persuade other countries to join us, but it will be impossible if we aren’t willing to do something ourselves.  And although the cap-and-trade piece of the bill starts out weak, at least it puts in place the administrative framework we’ll need down the road if and when we work up the will to address climate change more seriously.

But here’s what I think is the overriding reason to support W-M despite its flaws: even if it’s weak, and even if the rest of the world doesn’t join in immediately, it starts to align incentives in the United States in favor of inventing and deploying green technologies.  (Ditto for the ETS cap-and-trade system in Europe.)  And that’s critically important: it’s in the advanced economies of the world that new green technologies will be invented.  And it’s in the advanced economies of the world that existing green technologies will be proven to work on a wide scale.  Once that happens — once the technologies are proven and economies of scale start to bring down their costs — the rest of the world will start to adopt them too.  W-M, in its final form, may not be a strong bill, but by raising the price of carbon even a little bit, it makes the development and deployment of green tech far more likely in the United States, and therefore, far more likely on a global basis too.

And that’s critically important.  Conservation and efficiency and cutting back are all necessary parts of addressing climate change, but human nature being what it is, that’s never going to be enough.  We’re going to have to invent entire new technologies as well.  W-M makes that more likely, and that’s why it needs to be passed.  Warts and all.