Here’s an interesting little tidbit from yesterday’s inspector general report on the various domestic spying programs known collectively during the Bush/Cheney era as the President’s Surveillance Program.  The way it worked was this: the CIA at first, and later the Office of the Director of National Intelligence, produced a threat assessment every 45 days that was known internally as the “scary memo.” 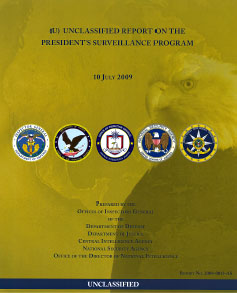 That memo was the basis for periodic renewal of the PSP.  If the memo wasn’t scary enough, then no PSP:

CIA Office of General Counsel (OGC) attorneys reviewed the draft threat assessment memoranda to determine whether they contained sufficient threat information and a compelling case for reauthorization of the PSP.  If either was lacking, an OGC attorney would request that the analysts provide additional threat information or make revisions to the draft memoranda.

….During interviews, ODNI personnel said they were aware the threat assessments were relied upon by DOJ and White House personnel as the basis for continuing the PSP, and understood that if a threat assessment identified a threat against the United States the PSP was likely to be renewed.

Italics mine.  Now, the report dutifully goes on to say that the ODNI inspector general found the threat assessment process “straightforward, reasonable, and consistent,” and that counterterrorism analysts believed the al-Qaeda threat to the United States was “overwhelming.”

And yet — if that’s the case, why would the scary memo ever lack “sufficient threat information” and need to be beefed up at the request of a CIA attorney?  And why would the IG’s report go out of its way to mention, without comment, that the drafters of the memo were well aware that it needed to be sufficiently scary to justify the PSP?

Beats me.  I just work here.  But without saying so directly, the IGs who wrote the report sure seem to be going out of their way to suggest that sometimes the surveillance program was driving the threat assessment rather than the other way around.  Does that ring any bells?