Oddly enough, a persistently popular topic of conversation in the blogosphere concerns the ethics of paying people to donate kidneys.  It just goes to show the power of Virginia Postrel, who donated one of her kidneys to a friend and has written about it frequently since then. 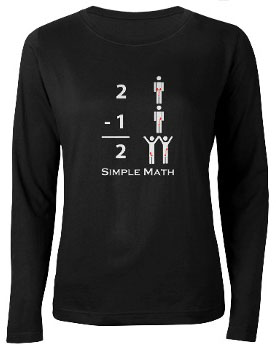 The idea, frankly, makes me very, very queasy.  Offering large sums of money to people in desperate straits to sell a kidney?  I’m just not there.  But today, Ilya Somin takes on three common objections to “exploiting the poor” in an effort to persuade doubters like me:

I. Poor People Are Allowed to Take Much Greater Risks for Pay. Many organ market critics may be unaware of the fact that the risks of donating a kidney (the main proposed organ market) are actually very small….If it is somehow wrong to allow poor people to assume these very minor risks in exchange for pay, why should they be allowed to brave vastly greater dangers for money? Military personnel, firefighters, police officers, and others accept far greater risks to life and limb than kidney donors do.

….II. Is Preventing “Exploitation” Important enough to Justify Killing Thousands of People?….80,000 lives per year in the US alone could be saved by legalizing kidney markets. Even if you find the “exploitation” of poor people in organ markets morally repugnant, you have to ask whether following that moral intuition is so important that it justifies sacrificing all those lives.

….III. Organ Sales are Actually Good for Poor Donors. Given the minimal risks of organ donation, it is highly likely that kidney markets will actually benefit poor donors far more than they could conceivably harm them. The logic isn’t complicated. After all, one of the main problems that poor people face is lack of money….If the poor person reasonably believes that the risk is worth it, I don’t see why the government should force her to choose otherwise.

This is all very logical, as libertarian arguments tend to be, and the fact that my instincts scream that this is a bad idea is hardly a persuasive counterargument.  But I’ll make a few others as well.

First: entering a generally risky profession is different than being coerced to do a specific act because you’re feeling specifically desperate at a specific time.  At least, it feels quite different to me.  The other two arguments, baldly utilitarian though they are, strike me as more persuasive.

Second: Would this would be a global market?  My discomfort with the idea is doubled or tripled at the idea of luring the poor in Bangladesh or Liberia into donating kidneys.  Am I right to feel this way?

Third: I’ll admit that my moral sense is affected by how much a kidney is worth.  (I’m taking Somin’s word for the fact that the risk involved is actually fairly small.)  If the going price were $10,000, that seems like a bad deal.  If it were $100,000 — well, that really could make a difference to a poor family.  Hmmm.

Fourth: This one is by far my most important objection: right now both the law and the taboo against selling organs applies to all organs.  But if we make an exception for kidneys, does that weaken the taboo and make it more likely that markets will develop in other organs?  Obviously it wouldn’t for donations that would kill you, but how about corneas?  You’ve got two of ’em, after all.  Or maybe a piece of one lung?  Or a chunk of something else.  And then another chunk.  Would venture capitalists start insisting on organ donations from entrepreneurs to prove their seriousness before they put up money of their own?  Could a bank ask a bankruptcy judge to demand a kidney donation in order to pay off a loan?

I’m not generally a big fan of slippery slope arguments, but they do have their place.  History suggests that once the rich and powerful figure out a way to exploit the poor in one way, they’ll pretty quickly start pushing the envelope in related directions as well.  So, yeah, this makes me pretty nervous.

But it’s not as if my mind is made up.  Mainly, things are kind of slow today so I thought I’d toss in a post on an offbeat topic and let everyone talk about it.  Obviously, for example, you might feel quite differently about the whole thing depending on what kind of regulatory regime was put in place.  Comments?