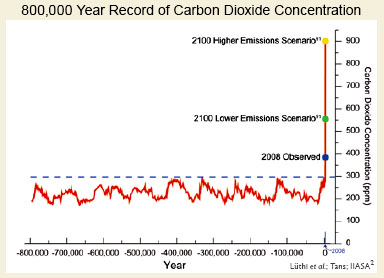 Jim Manzi is opposed to the Waxman-Markey climate bill because he thinks it won’t be effective and wouldn’t be worth it even if it were.  Fine.  But there’s something missing here:

At a practical political level, as far as I can see, the fulcrum of the debate is among midwest and mountain state Democrats. The Republicans (excepting the senators from Maine) seem solidly against it, and most coastal Democrats solidly for it. The legislative strategy appears to be to cut whatever side deals are necessary to get the swing Democrats to support it. This mostly has meant giving away special allowances and spending programs to pretty much every industry or region that actually produces greenhouses gasses at sufficient scale to play the lobbying game.

There does not seem to be any line in the sand that they will not cross. At this point, the side deals seem to have consumed the cap. That is, when you look under the hood, there is not really a material binding cap in this bill for at least a decade….In fiscal terms, Waxman-Markey will bring in almost nothing. We’ve given it all away.

Obviously I have a more generous view of Waxman-Markey than Manzi, but even if you accept his political analysis (which is basically correct, I think) you have to ask: Why is there no line in the sand that the bill’s sponsors won’t cross to get support from midwestern Dems?  Why are they so eagerly giving away the farm?

And the answer is obvious: it’s because Republicans have cynically decided nearly en masse to blindly oppose any action on climate change whatsoever.  This means that Waxman and Markey have no choice except to grimly cut deals with every last parochial interest on the Democratic side just in order to get anything passed at all.  So that’s what they’re doing.  And it’s ugly.

Now, if they wanted to, Republicans, in return for their votes, could fight to keep the bill cleaner, keep it more effective, and insert provisions that would make it more acceptable to conservatives.  That would be great.  Waxman and Markey wouldn’t have to give away the store to every congressman with a coal mine in his backyard if there were even a small band of serious Republicans willing to support a climate change bill and bargain in good faith to help get it passed.

But there isn’t.  It’s the Party of Nyet that’s created this political dynamic.  They can stop it anytime they want.